Crash Into Me - Reviews 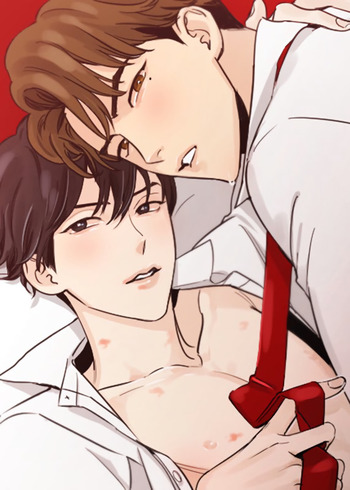 If you're looking for a hardcore yaoi with very shallow portrayals of the character's misfortunes, this is the one for ya. Yes the MC Hyesung is supposedly self-destructive and suicidal and the top Seung Chan is miles better than a certain someone named Seungho but other than that it's just sex, sex, SEX. I feel like after Hyesung started to open up to Seung about his past the issue with Jihyuk the abusive fucker is just shoved aside for the two to indulge in temporary bliss even though they did settle it near the end.... in a very graphic, rapish way. New junior employee was also left out since his own happiness isn't really the point here lmao.

I've seen other yaoi stories tackle this subject very poorly as well (eg: See you again), all they do is use the MC's first rape trauma as excuse to pin him into a sex-crazed maniac who goes around fucking everyone BECAUSE the MC getting raped somehow ignites a desire in himself rather than make him fear having sex again??? I mean think about it, they're just excuses to draw more smutty scenes since to some readers pleasing & exploiting MC comes first, and logic comes second.

I wouldn't call it bad but it isn't my cup of tea.

Although it's quite prominent in yaoi, I strongly dislike when any form of rape happens. Not only did actual rape happened but the mc himself goes multiple times against his partner wishes when he's telling him clearly "No", that's an instant turnoff for me. More importantly the story is quite shallow, except some mystery surrounding Hyesung past, there aren't lots of interesting moments.

The art looked well made, although I would have loved to have seen it all in colour. Concerning the characters, there isn't much growth. They looked good and nothing truly bothered me about them but it's basically them having sex and nothing more.

Actually this could have been a great manga, the art is clean, the NSFW scene were well made, both characters were interesting. But the one central piece of the puzzle is missing, a good plot.

If you're looking for a manga with a decent storyline, you're knocking at the wrong door. But if you're just wishing to pass time while reading a manga filled with sex without putting much effort into it, you've found your treasure.

To put it bluntly : a shallow yaoi manga who had potential

Sexual assault is taken seriously in this manhwa, as it should be. It was reassuring to know that Jihyuk, an abusive rapist and homophobic, would be put in prison. Also, I really like how Rerun-nim doesn't skip over Hyesung's potential traumas. Jihyuk's primary purpose in this story was to make Hyesung suffer for things he couldn't even control, such as being blamed for Jihyuk's brother's death. I'm also not sure why they illustrated such graphic and detailed rape scenes in the last few chapters. That was unnecessary in my opinion.

The art style is absolutely stunning, and the relationship between Seungchan and Hyesung is wholesome, healthy, and adorable, with intinmate love making. However, some of their love-making bothers me, especially when Hyesung says no, and I wish Seungchan would respect that and stop immediately since Hyesung has a history of rape and sexual trauma. I can't deny how gentle and caring he is with Hyseung—in fact, he's not only a thoughtful boyfriend, but he also looks out for Hyesung's mental, physical, and emotional well-being. I'm glad Hyesung and Seungchan were able to have a happy ending.

ABSOLUTELY IN LOVE! This was the first manga I ever read and I am so glad it was. The story is beautiful and as you peel back the layers to it it just gets better. The characters are well written and are a nice balance. They show how different people can make each other better. I love the artwork, everything looks so well done.

and as a first look over it i thought that this one will be plane and boring lmao.

and the art is great both the main characters are handsome af.