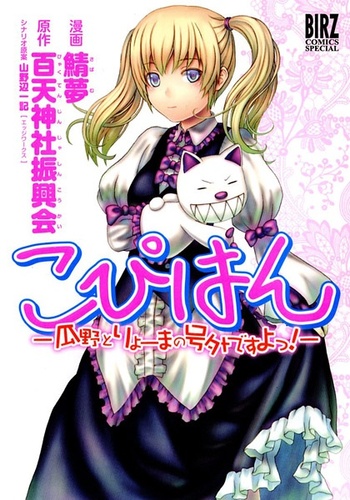 If you're looking for manga similar to Copihan: Urino to Ryooma no Gougai desu yo!, you might like these titles.

Student/hacker Konami purchases a cordless phone from a door-to-door salesman and finds that it possesses the power to transcend space and time.

The last of the Pinch tribe, Pinchy travels through the stars in search of treasures left behind by her ancestors, and it's never an easy hunt. But one thing is for certain, it's always hilarious.

The hero is Dr. Kishiwada, a brilliant but demented scientist, who creates bizarre mechas, battles the forces of evil, or just mucks about.