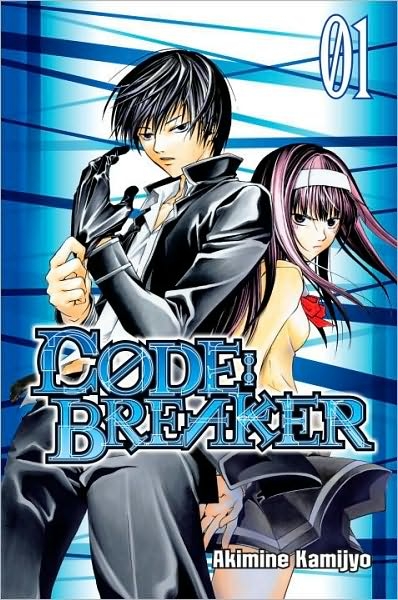 I enjoyed it a lot.

I read this twice, and normally I don't read anything for a second time. The plot's pacing is great, the suspense unravels nicely, secrets and nice plot twists.

The characters have depth, and it isn't just about the MCs. On the outside, they're trope-y, but the tropes diminish as you get to know the characters. They're well-rounded, 3D, and realistic.

Sakurakouji is a debatable character, though. I personally liked her, but her conviction seems misplaced and naive, since she often interferes in Ogami's goals, so people might be annoyed by her if they don't agree with her worldview. I think her romance was very sweet and adorable. The romance in this, for an action manga, is really, really good.

The only other thing is the pervertedness. I understand it appeals to a certain demographic, but sometimes, it goes a bit far. If you can ignore that, Code:Breaker is a great manga to read.

This was good. I like the characters and storyline. Though half way through it seems to diverge into something different, the arcs dont flow well. its also a good thing this isnt a romance because that part is left hanging. however the action is good and the characters are interesting.

I hated Sakura's character - there I admitted it. It's just that I didn't like the way she was so, how do I put it, innocent and naive - I mean, every single time Ogami tried to kill someone she always intervened ruining that cool and cruelness of Ogami and, you all have to admit it, after 2 time she got really annoying. Plus she doesn't even have full control of her power which just goes to show she is completely useless; that's like me having, I don't know, a bar of chocolate and not eating it after telling everybody that I'm incredibly hungry so much so that I could bite off your arm and eat it with no remorse. Like what the FUCK; I think that was one of the biggest let downs for me; I like the evil Sakura so much better, yeah yeah I know I'm supposed to be supporting the good guys but still the other Sakura was so fucking awesome if only she could have stayed evil a bit longer near the end - it's just that wasn't it a bit unsatisfying that evil Sakura got knocked out form a mere hug for Ogami - bruv that's just plain pathetic, it's not like is one of the founders of Eden, how you getting knocked out by some random guy who is not even a pure-blood. Also does anybody else think that Ogami was way to OP (if you don't know what that means get off wherever you're sitting, lying or whatever bang your head against the wall and research what it means you dumbass, anyway) - I mean the guy has some unlimited range of powers it's like the mangaka was like '' I'm fucking running out of ideas, I'm already 5 days behind release and I've got some crazy - af fans outside my door step threatening me, what do I do? Wait, I know, I will just give Ogami some more powers and completely disregard that Sakura is fucking unbelievable. Yes I finally have a release''. I know that the manga's main character is Ogami but still it's a bit much to pull out these random powers for example - he got like 7 demons (I may be wrong it's just that I haven't read the manga in a long time), like what the Fuck.

Anyway, I'm slightly tired of ranting and I bet you're tired of reading so I'm gonna stop. Sorry but THAT'S JUST HOW I DO! (づ￣ ³￣)づ