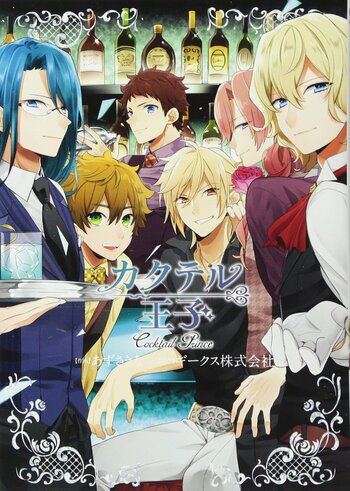 Newcomer Rei Izumi is joining the narcotics investigation unit of the Ministry of Health, Labour and Welfare. As a scout for the newly created STAND, she’s going to recruit the most unique of agents, investigators, and informants to make up a specialized team to safeguard the country. And their first mission is to discover the hazardous drug destroying the lives of innocent Tokyo citizens.

The second season of Obey Me!

The opening animation for the mobile game Dream Meister and the Recollected Black Fairy.

The otome game centers on a human who is selected to become an exchange student at RAD, a school for demons. Awaiting the protagonist are seven demon brothers each with a unique personality.

Heartbroken, I bought two can of beer and a bottle of wine and drank it walking home. A tipsy journey reconstructed using the Japanese traditional storytelling method "rakugo. and pop culture.