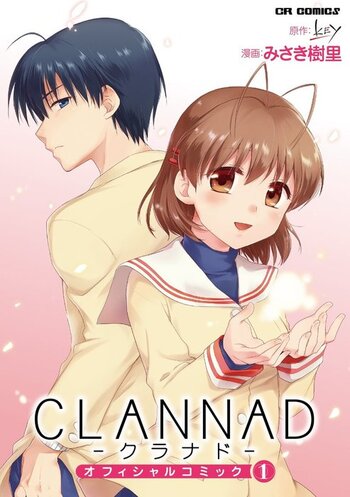 “Shall I take you away, to the place where dreams come true” A quote that tells almost everything about this Manga or anime or light novel its all connected to that one dream world where your every wish comes true!

I have gathered every single of my thoughts about these series from Manga , light novel and anime so here it is:

If we are talking about reality and love that is meant to be the writer of this Manga told us a story that makes us literally cry With tears of joy or tears of sadness Adding events one after another he created world of Pain and Never ending happiness. With endings of two kind we see dream world in which characters yet to exist meet one another one after another we are introduced to many Characters ... That guy who is called best friend those few girls that are madly in love but only one sided , that girl who is lonely and doesn't know much about life AND that one girl who is the only one to capture his heart...

Covered by many many many funny moments it makes us think where this Manga , anime or light novel should be going but hey unexpected events are something that makes us more interested in the story. What else did the writer is that he made a time story from somewhere in high school going all the way up to adulthood and showing us at times some mysteries like a girl showing up out of nowhere playing pranks on her or helping her out with her mission is all apart of the series...

Story wise its very nicely build and very nicely ended without leaving regrets making us cry and making us smile at time i even thought it would end really sadly but then i to was caught off guard it ended in such a way that i would never expected.

Our protagonist quite a delinquent? Not really just a really lazy human being with a huge head on his shoulders to back him up ... and also the one in this story who gets pulled all around by the hands of life pure heart person who cannot leave anyone in a pinch maybe that is why hes so attractive ? oh what am i saying hes just another protagonist made to be the best. Or atleast is what i thought.

Manga shows different worlds in which you can find same characters living just that one is the Real World and other is that Dream world blank and without anyone around but two. Dream world adds that one of a kind feeling to it makes you wonder what does this mean? Why did they add this kind of world to a love story ? just more questions pop in your head.