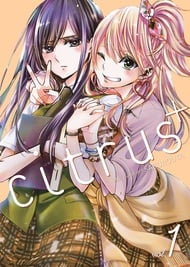 High schoolers (and stepsisters) Yuzu and Mei have gone public with their relationship! The two are happy to be dating out in the open, but friends and family keep trying to butt in with advice. Can Yuzu and Mei figure things out on their own?

The story was fun and it is my fave if you are just coming back from watching the anime start at volume five because season one ends at the end of volume four. Citrus is fun and it keeps active the manga is better than the series! I think character-wise there are a lot of ups and downs but its so fun watching it so it keeps me entertained throughout the story I just wish characters could build a bit more like about Yuzu's dad and Mei's childhood maybe i will see that in Citrus+ (a sequel to Citrus).

One of the first 2 Manga's I bought in paperback just due to how amazing it is. (Citrus & Citrus+,Grand Blue Dreaming)The story takes place after Volume 10, and is NOT a "side story." This is a continuation before the hasty and time-skipped happy ending in the Original Manga.  Art:Saburo Uta once again hits us with absolutely dazzeling visuals, artwork, and all that jazz. I don't think I've seen visuals like this in any other Manga series. Character and outfit design is out of this world. For those who read Citrus, you'll know that it's super angsty, Citrus+ is much more lighthearted, and I find it easy to read.Characters:  Mei: One of the largest critiques of Citrus was the lack of character in Mei, I assume this to be because of the bias in her Anime Adaptation, where her character doesn't develop very much. My perspective is she simply lacks emotion, and not in a negative manner. She has strong, deep, and very serious feelings for Yuzu, and for those who read through Citrus, you'll know what I'm referring to in regards to Chapter 36. In Citrus+, she's opened up more, is seen as far less tense, and navigates the hurdles of having her relationship be public. This in part, relieves some of the angst that was so prevalent in the prequel. Yuzu: Yuzu plays the traditional role of an older sibling quite strongly in Citrus+, she is more keen on responsiblity, taking action, and is very much so bubbly and extroverted in her behavior. She's proactive, always positively reinforcing Mei in whatever she is facing. People often critique that "Mei doesn't deserve someone like Yuzu whatsoever", however they fail to see that the relationship chemistry that the entire series is built on, is opposites attract. The two characters are polarized puzzle pieces that fit together quite well, and this is often something that's a rare, but beautiful harmony in the real world. Side Characters Harumi & Matsuri: These two deutoragonists are the icing on the cake in the series. As many may recall, Matsuri is introduced in an extremely negative manner, and for many fans of the series will forever be a hated character, but I'm not one to just throw fictional character development out of the window, and selectively ignore it. Harumi and Matsuri can sometimes be seen as pillars to Yuzu and Mei's relationship, not to say that they are a key ingredient and the relationship is unnatural, moreso that they play an extremely supportive role. Matsuri actively puts herself in positions to protect the two when trouble arises, and we begin to see some character development, romantically, in Harumin. These two characters to me, act as almost a mixture (in a sense of their character functions) of Yaya, Chikaru, Amane, and Hikari all combined from Straswberry Panic. Story: As I mentioned before, the root part of the story in Citrus+ is the publiciziation of the couple's relationship. The environment, issues they face, and trials they come across seem very reasonable and realistic from both a reader's point of view, and a point of view taken within the story environment itself. The story is a balance of student politics, cute romantic moments between the two, and day to day lifestyle for the whole gang. Great read, easy read, keeps me wanting more. 11/10. 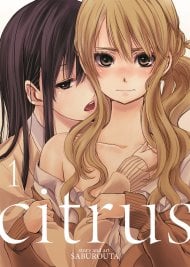 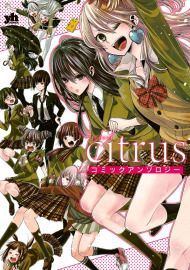 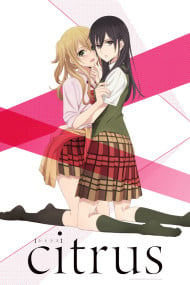