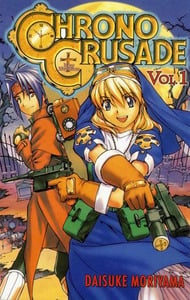 In 1920s America, Sister Rosette Christopher is a young nun of the Magdala Order - a military branch of the church charged with exorcising demons. Together with her assistant and best friend Chrno, a demon who Rosette has a contract with, she is sent on various missions to fight the many different monsters that lurk in the shadows. However, Rosette's main motive is to find information regarding her brother Joshua, who was kidnapped by Chrno's former ally Aion for unknown reasons. Aion has an ambitious plan that threatens the future of the world, and it's up to Rosette and Chrno to figure out Aion's plans and rescue Joshua before time runs out...

I give this a 9 overall due to it was a great read. Plenty of story to keep you entertained and enthralled with the characters and their world but not so much story that it fries your brain. The art was well done for it's intended audience (13+). And I personally really enjoyed and liked most of the characters, even the bad guys. It's one of those series that made me anxious to read the next chapter once it got going. I say "get going" because like with all good stories it takes the first few chapters to get you acquainted with the characters. But what really stood out for me is that I have read, watched, and played more "peeks of life" then I could ever count, and this was one of the very few (less then 5) that while reading it, I got choked up and teary eyed. A great series. I highly recommend it.

And now, as promised, the review for the manga as opposed to the anime. As I said in my review of the anime, the manga is so much better (to me, of course, perhaps not everyone feels that way), and so here's why my scores are higher here than there:Story: For the anime review, I mentioned that at first the stories were the same, but then the anime branched off and took an entirely different route, though the endings were similar, and both of them tear-jerking, though I found the manga's story much more interesting. At times there can be a lot going on, but for me, it wasn't hard to keep track of.Art: The drawings are absolutely gorgeous, each panel detailed and inked wonderfully. The detail on each page is amazing, and the shading is very detailed. Each of the characters looks interesting and unique, and their personalities really shine through in their expressions. Moriyama is a wonderful artist, and his use of panels and frames and perspectives is really wonderful. Characters: On the note of characters, their looks aren't the only unique things- they all have interesting personalities that are very realistic. That's not to say everyone will fall in love with each character, as that's pretty unrealistic, but most people will almost certainly find at least all of the characters believable and human (or, you know, human-like). I know I certainly loved each and every character in their own way, and I imagine most people will feel the same. Overall this is one of my favorite mangas ever- actually quite possibly my favorite, period, to date. I'd recommend it to pretty much everyone and anyone. The unique blends of characters and the intriguing storyline are sure to draw anyone in- but be warned in advance, the ending's a bit of a tear jerker. 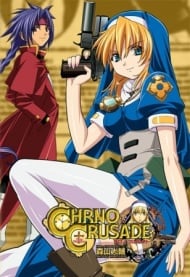 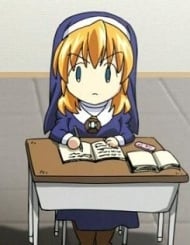