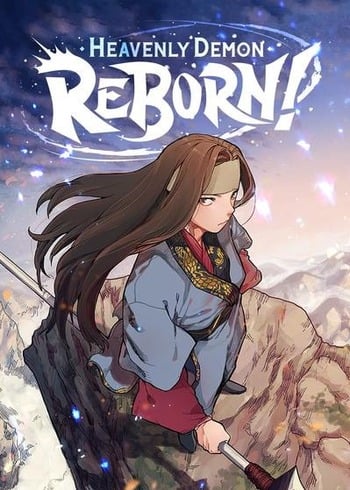 Both of these comics feature an arrogant and overpowered MC who kills anyone who stands in his way, and who often even beats people who are supposedly above his level.

Joo Seo-Cheon, a man who survives the age of war through sheer luck, becomes Hwasan faction's elder only to live a life full of regrets and doubts. He then lies on his death bed waiting for the inevitable when he is returned to the past…

both of them serve as popular action manhwa set in ancient murim times. both mcs have either been reincarnated or sent back in time with memories use their set of tools to overcome rather difficult hurdles.

One martial artist's amazing journey through fatherhood and battles.

They seem very similar in terms of art style, the way the characters act and behave and the cultivation world seems very similar.

The Descent of the Demonic Master

The first life. After a tragic accident losing his family and legs, he ends his own life. The second life. He earned fame as the Red Demonic Master in Zhongyuan, but was betrayed by the man he trusted the most. And now comes his third life. In his life back in the modern world, Gang Jinho decides to live a normal life... However, he was too used to the Zhongyuan life to become a normal person! 'I wanted to live peacefully. But you are the ones who started it. I hope you're prepared for this.' In front of the threats of his new life, can Gang Jinho shake off his impulses as the Red Demonic Master and obtain the 'normal life' he desires?

The artstyles are similar and both main characters are fighting against an evil martial arts organization that kills their father/father figure.

A martial artist, claiming himself to be a "murderer" is defeated by a suicide attack in battle and is reborn as a first born child to a local lord. Having a fresh start, a warm family and a little sister to protect - he decides to become a better person in his new life.

Scarlett Antwerp was a happy girl. With beautiful looks, a wealthy family, and even a kind fiancee, Scarlett was expected to be the most beautiful bride in the world. But on the morning of her wedding day, the pure-white bride was killed by someone. When she opened her eyes again, everything was different. Waking up in a strange place, Scarlett could not understand what had happened to her. Why couldn't anyone recognize her? Why was her fiancee standing next to another woman? Why was she Vivian instead of Scarlett, the Esteemed Daughter of the Count? Why was the one next to her not her fiancee Edward, but Alexis, the police chief? Scarlett swore that she'd get her fiancee back and get revenge on the one who killed her.

Record of the War God

Mu Soh Wol opened his eyes 20 years later to stop the cults aiming to dominate the midlands. “Who are you…!” The question of his defeated foes. But they received an answer that filled them with despair… “Mu So Wol... that is my name!” The legend of the War God, forgotten in time, has begun once more