Chronicles of an Aristocrat Reborn in Another World - Recommendations 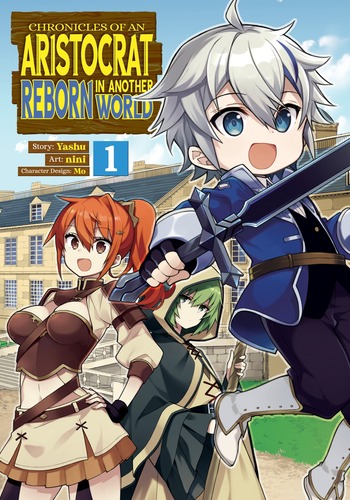 If you're looking for manga similar to Chronicles of an Aristocrat Reborn in Another World, you might like these titles.

Both of them are reincarnated as powerfull young boys. Meet the gods and have their blessings. And they have some connestions with nobility.

I liked both. BTGOTG is way slice of life and adapted to a op character who loves taming.. a lot. Several gods also meets them but is no harem to me for as far as I read. He has outrageous abilities and was reincarnated. In chronicles is reincarnated loved by all the gods and elevated past a normal op character and is given a task. Harem style which is pretty mild mid hot. Born into an aristocrat household has a bro con sister loving family all the way around.

In this world, a person’s past life karma determines their Rank at the time of their rebirth. A man who was so virtuous that even god was surprised was rebirthed as the son of an aristocrat, Alexander, where he started his SSS-Ranked life! With wits as his weapon, he meets any expectations to the dot and establish his position with lightspeed! The curtains to the greatest successful life opens is raised!

If you are looking for MC who died and got reincarnated to shota's body who is also an aristocrat with Overpowered abilities from magic to other stuff and who gets engaged at his young age (polygamy), yes you have come to the right place... (Personally, I don't like shota I'm just going through every isekai I can find)

Both of them are reincarnated as child in not bad house with OP stast and ability.

Both of them are liken by girls.

Both world are fantasy.

Both of them are reincarnated as child in noble house with OP stastistic and ability.

Both of them are liken by girls.

Yeah pretty much the same. Overpowered kid xd. They both have a lot of action and comedy and both MC's come from a noble family. They're both also reincarnated.

Both of them are child whos where reincarnated/transfered to another world as child with OP stats and ability.

In both character have status window.

A normal office worker, Toru Minasuki, was swallowed up by a dimensional fissure and reincarnated into a different world. Upon reincarnation, Toru was given a skill board by God. Make the most of it to acquire all the necessary skills! Even though he is an "inferior person", he'll make his way to the top!

Both of them are reincarnatied in fantasy world in new young body,

Born in the remote countryside, Ryuto’s childhood friends were a cheat of a female hero and a wise man. One day at the age of 16, he was killed by a wise man, who was his childhood friend. Soon, Ryuto was reincarnated as a villager. Get the “effort cheat” and the “knowledge cheat”! Although the status is the weakest, he is capable of even saving a hero! This is a story about Ryuto in the adventure world becoming the strongest villager on the ground!