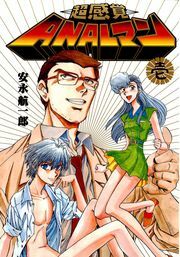 Life is never dull in the Mushroom Kingdom, especially for the fearless plumbers Mario and Luigi. On their ever-present quest to find Princess Peach, the duo pairs up with Yoshi and embarks on a series of misadventures. Whether they're dodging Chargin' Chuck, stomping on some Goombas or squaring against Bowser himself, the mustached heroes and their friends always manage to live to tell another tale!