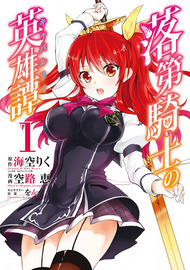 The "school sword action" story revolves around Magic Knights, modern magic-users who fight with weapons converted from their souls. Ikki Kurogane goes to a school for these Magic Knights, but he is the "Failed Knight" or "Worst One" who is failing because he has no magical skills. However, one day, he is challenged to a duel by Stella, a foreign princess and the "Number One" student. In this duel, "the loser must be obedient for life."

Rakudai Kishi no Cavalry I should have read the comments in advance before starting the manga. Yes, the manga is ongoing, as is the anime. It contains about 5-6 more episodes than the anime but ends before the next arc begins. To find out more, you have to read the novel for better or for worse. If you don't feel like it, you should just watch the anime, switch to the novel, or leave it altogether. The manga had hardly any great changes in the process.However, he had better humor than the anime, as well as the implementation of some scenes. In the anime adaptation, these were completely reorganized and changed in a meaningless manner. Some of these didn't even make sense why the characters were rearranged during conversations. One scene (before the dojo duel, when the protagonist trained the swordsman in the swimming pool) was completely replaced by the presence of a character and another one instead had the conversation with Stella in the anime. What was the point of it all? The manga version of the scene had a lot more context to the character Arc. Otherwise, the manga is pretty average with a predominantly stronger drawing style. As far as choreography and body were concerned, the draftsman got better over time, even if it looked disproportionate at first. Especially Stella's upper body which changed every chapter. In terms of the story, you don't have to expect anything here. It's a superpower/action title. People walk around the area using bizarre and poorly constructed techniques, fighting each other to death. For this being a school, there is hardly any real handling of the fights. Some duels threatened to result in deaths. If you have to fight against some sociopaths who destroy organs for fun, I am impressed how many "normal people" in school were not at all afraid of getting into the fighting ring. With the characters, however, I was more positively surprised. Are they stereotypes? Yes. Cliché? Hmmm yes?What was different here, however, is her personality. Especially with the protagonist and Stella. Which looks like the typical failure and the role model Tsundere. The protagonist, on the other hand, has a surprisingly strong psyche, he is also a very talented fighter and immensely strong. Also has unexpected neutrality towards people and does not jump on every cliché. At least "almost".The protagonist Stella is a normally exaggerated Tsundere as we know her. What sets her apart, however, is her relationship with the protagonist and the immensely supportive personality that the author gave her. She is like Sakura from Naruto, only strong, useful, and exemplary mental support for the protagonist.Most of the other characters didn't show much, they were mostly monotonous and had little screen time. Most of the stereotypes that can be found were present. Conclusion The manga is dull just like the anime. But he's quite entertaining when it comes to reading. The very fact that it differs from these poorly implemented works by slight individuality makes it so entertaining.

By far one of my favorites. after watching the anime 14 times over I found out there was more story to anime shows in the manga. this is the very first manga series that i've read and I loved it alot. although it was my favorite series, i found something i like even more. I'm not saying this one is bad it's just my new favorite has a lot more action, blood, and romance. 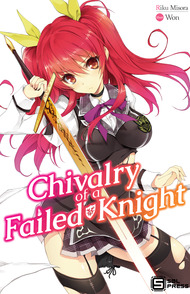 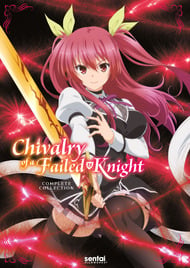