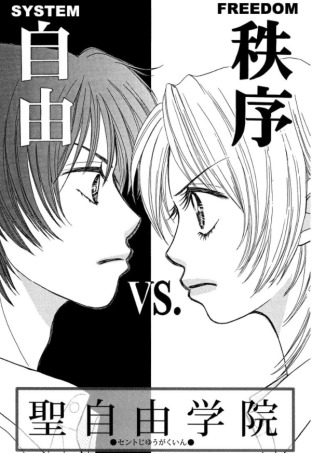 If you're looking for anime similar to Chitsujo vs. Jiyuu: Saint Jiyuu Gakuin, you might like these titles.

Sakura Momoko, who is often referred to as "Chibi Maruko-chan" because of her small size, is a third grade student who lives together with her parents, grandparents and her older sister. At school, her rowdy classmates Ōno and Sugiyama have been best friends for as long as anyone can remember. But after a fight during the sports festival, the two boys begin giving each other the cold shoulder, much to the surprise of Maruko and the rest of her class. What's worse, Ōno is transferring schools. The two best friends must reconcile before it's too late and Maruko is eager to help.