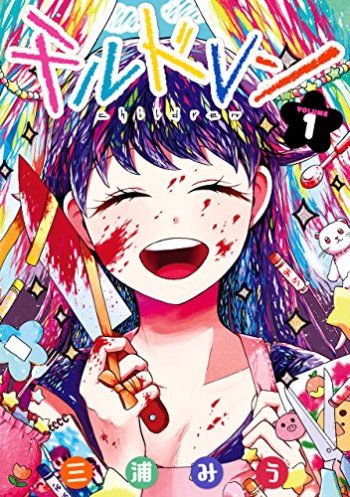 im not gonna give a detailed review because this would be hard to describe. I'm gonna give what this manga has and doesn't have.

Synopsis: Some 18 y/o guy named Tooru gets a job for 3 million yen as a caretaker. It's a job but not the job he wanted. I sincerely hope to god this isn't what he wanted.

What it doesn't have

basically this manga isn't good not even decent actually it kinda sucks but if u want an absolute desensitizing, blood curdling, trauma inducing and absolutely fucked up short violence binge this, this is for u.

ok so i'm a fan of disturbing stuff, psychological or gorey, i do have my limits but i'd say i have a tolerance. this reaad was... interesting? i was genuinley disturbed by certain scenes but i guess it was more shock at what i was seeing in context of the story. anyway this seemed like a short read and i thought the premise looked interesting. i was wrong, but also not? the premise iis certainly interesting, but i would'nt say it was good. everything felt like it was only there for shcok value and the plot twists just kept coming, it ended up convuluted for such a short story.

i only reccomend this if you're really into gore and general disturbing content and you've run out of things to read. theres better stuff out there.

this concludes my spoiler free review, the rest will go more in detail of the content.

yet again, im a gore fan and im not exactly opposed to gore just being used for shcok but i just wasn't a fan of it in this story, if you're using shock value at least do something interesting with it. the times where i was disturbed it was with the scenes with mirai. she was one of the only characters i liked i thought it was going to go in the direction where she escapes with the main guy. but then she gets DECAPITATED. like i was disturbed because y'know she's 4 but it was mainly... exasperation? however the scene where they stripped her corpse and dismembered her did get me.

something thats still bothering me is who asked him to go there? is his real mum even alive? we know he lives with his dad and he said it was his mother that told him about the job but then its revealed that like it was the curse that brought him there? was he subconciously lying? was it the spirit of the lady he killed? maybe it was explained and it went over my head, by that point i was just kind of in awe at the plot twists.

also why was that one delivery guy so ok with murdering these kids? not the one who was at the original daycare but the other delivery dude who was friends with the kids. i know the villagers see that place as evil and that the kids are murderers but he seemed to care about some of them and then boom he massacres them?

This review contains spoilers for the first chapter. It will explain the horror element of the series

The story follows our main character, a well meaning man (18) who was offered a job working at a childcare facility in the mountains for 6 months for 3 million yen. When he arrives, he meets the very young 'head teacher' (14) after a while he realizes this facility is not the wholesome school he originally thought. Within a day he sees the distrust of adults and outsiders, which quickly escalates to witnessing children dismembering adults, and encouraging him to do so as well.

Some interesting, some not. There is very little time to flesh out the characters fully, but they all have a common theme. The abuse they face at the care facility is less than what they would face anywhere else, which causes them to stay. There are two characters who are not traumatized or abusive. Everyone has their own triggers and ways of showing their trauma.

The art is very cutesy for what the story is, but effectively shows the gore, creepiness, and childishness of each individual

um, the story was something. the plot twist was interesting, but it was basically there to add the most violent shit at the end tbh. there was no character depth, no interesting story line, and everyone just existed to kill. i feel like the manga had potential to have a message of "take care your kids properly or don't have kids at all" or something like that, but the amount of violence that the mangaka wanted to put in just diminishes that whole message. i'm not reading this shit again

This is one of my new favorite manga's. I love everything about it, wish some characters were developed more though. Other than that 10/10