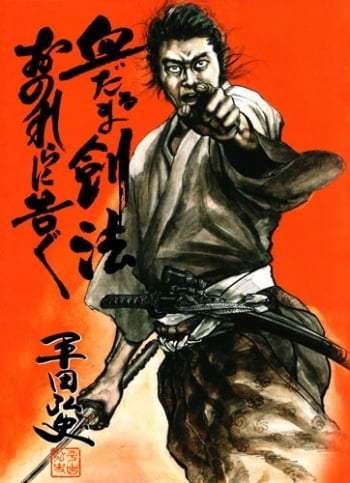 If you're looking for anime similar to Chidaruma Kenpou Onorera ni Tsugu, you might like these titles.

A wandering samurai, in his travels through the forest, runs across a straw man with a majestic sword stuck into it. He takes the sword and feels within him a surge of great power – a power that soon begins to distort his mind and soul. The samurai continues to wander, striking down straw men in his wake; but what is really going on, and what will happen to the samurai?

Strong, intense, and cute! The most laid-back Shinsengumi in history arrives!!  Here's the laid-back everyday life of the Shinsengumi warriors.