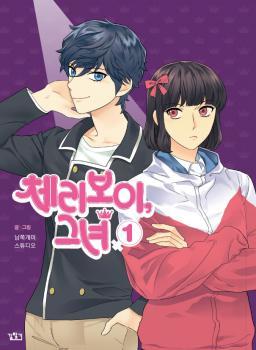 The story of the growing up of a high school student that hates spring and has a phobia for flowers.

A miracle is about to happen to an unattractive loner guy.

Going in the Wrong Direction

Ten years is enough time for a childhood friend to completely change- Baek Sumi, a leader of the neighborhood kids at a young age, protected her small and weak friend Kang Hwon from the other kids. However, at the high school entrance ceremony, the two met again as complete opposites! All the students are scared of Hwon's power, and it's coming back to Baek Sumi's ordinary high school life.

The story of those who want to become fabulous! Have I, who took pride in ignoring guys' text messages, fallen in love? It's amazing! The awesome typhoon of fashion has exploded!

Because of a misunderstanding 8 years ago, Jung Da-ae and Lee Han-eol are mortal enemies. To make things worse, their siblings get married making these two in-laws! But then the bride and groom are killed in an unfortunate accident. In a moment of mourning and arguing in the middle of the road, Jung Da-ae and Lee Han-eol are hit by a truck, killed and transported back to when they were in high school! Is this their chance to fix everything?!

Go Sam Ran Away from Home

'I left home but I didn't just leave'. Misunderstanding and lies that won't stop growing. Breathtaking chases. The runaway story of seniors with the fast approaching SAT's.

Bori Kim's grades are suffering from her constant doodling in class. However, once her drawings catch the attention of a startup game developer, she finds herself with a new job as an illustrator for a dating sim, as well as developing a romance of her own...