Charming and the Beast 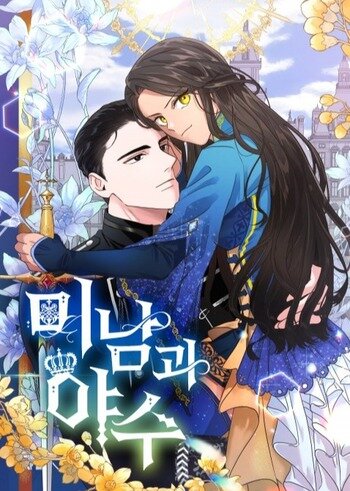 Lee Hanbyul, a university student born with only a dirt spoon in her mouth, opens her eyes to a hardcore transmigration life! After meeting her tragic end in a car accident, she wakes up in the body of "Alexa," the second princess of the kingdom of Felipe. However, she doesn't look like a normal person, but like a furry beast... Not only does she have to juggle getting rid of her beastly appearance with getting close to Verkyllon, the Grand Duke of the Veiled Kingdom, but she also has to keep the families and nobility that are after her for revenge in check.

Buckle up for a badass isekai MC. Characters:  MC knows what she wants and takes action to get what she wants. She has super strength and a smart plan. She isn't a spineless woe-is-me person. She isn't a faux strong MC who sits around and whine all day. Perhaps I would compare her to the MC of "Beware the Villainess" - both are strong and stand up for themselves. MC's motivation is reasonable (and quite like most isekai-er's): she wants to live a quality life. The ML's kind of bland right now, but it's only been 10 chapters so far (will update review). I don't know much about him yet, but the story portrays him as a decent guy. He'll probably be a devoted, caring, and upright person. Just another of your shunned, seemingly cold but actually shy, demon-blood related Grand Archduke. That's still entertaining, so I have no complaints. The MC and ML will be a power couple, and I'm looking forward to seeing their chemistry in future chapters (will update review). From the descriptions of ML's family relations, I'm unsure if it's kind of incest or not (is ML the blood cousin of MC?). But the translator says they aren't, as ML is a prince from a different kingdom, so I'll assume it isn't incest. I desperately want this to be a good romance, so I'll turn a blind eye to the possible incest. The sister seems to be a typical jealous villainess at first, but there are subtle clues she's being cruel towards the MC to protect her (still doesn't justify the sister's actions though). That would be an interesting (and dramatic) reveal there. The MC's ex-fiance is meh - I don't like him and don't hate him. I like that MC broke off their engagement cleanly in front of everyone right in the first few chapters, so the story shouldn't be too dramatic, like love-triangleish, from now on. I hope the ex-fiance won't turn jealous after the engagement broke off and decide to pursue the MC. Story: The pacing is a bit too fast for me, but it's alright. Sometimes, I still feel like something's missing in the pacing, and MC develops feelings for ML too fast.  The plot is interesting enough. We see MC trying to transform herself and the things that happen at the ball explore MC's personality. There are lots of obstacles thrown in MC's way, and she deals with them well. The story's established that MC is quite likeable to the readers.  The current hunting competition unfolding is also interesting. I'm looking forward to MC and ML's interactions. One thing that slightly annoys me is that the rule about penalty (basically torture) for a hunting participant without a lady feels forced. It's too obvious that it's a plot device to make MC sympathise with ML and be his partner. There are other less extreme ways to develop their relationship more naturally. But that's just a small thing in the story, and probably won't greatly affect your reading experience. I'm interested in seeing if the story touches more on the "Beauty and the Beast" aspects.  Art: The art is good, but sometimes the faces look a bit weird, like the artist drew the face shape first, then filled in the facial features a bit too small. Sometimes the face perspectives just seem a bit off. But most of the time, the characters look really good. I especially love the design of the MC - she's one of the most gorgeous isekai protagonists in my eyes. The poses are drawn well, and look dynamic to me. The dresses and other outfits look great. The lines are clean and the colours are solid. Conclusion: This is definitely worth a try. It's an entertaining isekai romance with a badass MC - that should be enough reasons to check it out. It's definitely a manhwa with potential. I could increase the ratings as the manhwa develops.  Novel spoilers: https://forum.novelupdates.com/threads/charming-the-beast-%EB%AF%B8%EB%82%A8%EA%B3%BC-%EC%95%BC%EC%88%98.119721/