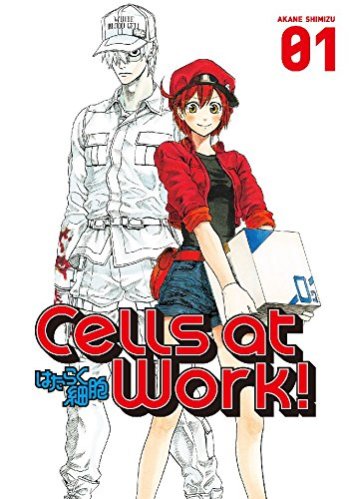 Strep throat! Hay fever! Influenza! The world is a dangerous place for a red blood cell just trying to get her deliveries finished. Fortunately, she’s not alone … She’s got a whole human body’s worth of cells ready to help out! The mysterious white blood cell, the buff and brash killer T cell, the nerdy neuron, even the cute little platelets—everyone’s got to come together if they want to keep you healthy!

Good health is not something we can buy. However, it can be an extremely valuable savings account.In a nutshellHumans are complex biological robots that are made up of trillion of cells, each with their own structure and function. Even one cell is a masterpiece, complex mechanism that humanity will never be able to reproduce. Even a single cell cannot slack off, because it might result in an illness. Scientists have come a long way in estimating the number of cells in the average human body. According to the most recent estimates, the number of cells in a human body is around 30 trillion. Hataraku Saibou focuses on the work of these 30 trillion cells to keep the owner of the body healthy.Hataraku Saibou vs Hataraku Saibou BlackSome readers might question themselves the following: in Hataraku Saibou Black, cells were fighting against the bad habits of the owner of the body and that Hataraku Saibou would have less of a story because of that. After all, in Hataraku Saibou the owner of the body leads a healthier life. That would be wrong. Even if you are healthy, your body contains trillion of bacteria, as well as viruses that will not miss an opportunity, when you become ill.StoryHataraku Saibou focuses on an erythrocyte and a leukocyte/red and white blood cells. While the manga focuses only on the two cells, it also gives enough time to shine to supporting characters (other cells), which makes the manga that interesting and helps the reader to never feel bored. As soon as one story ends, another begins immediately, with other supporting characters. The only thing that does not change in-between the episodes is the two protagonists. Hataraku Saibou manages to maintain a perfect balance between education, comedy and drama, which helps you appreciate this manga even more. By the way, Hataraku Saibou has well-written educational overtones, explaining the role of cells and many more. This is very handy, I must say. After all, it is somewhat annoying to google over and over again, when you find something, you do not know. Here, however, most of the needed piece of information is already given to you, all you need is to read the notes.CriticismI have absolutely nothing to criticize. Hataraku Saibou does everything so that the reader can enjoy reading the manga; there are no unnecessary details: if leukocytes look like they only care about killing, it is because they are involved in protecting the body against both infectious disease and foreign invaders; that is what they do. I do, however, have a regret. I wish this manga were longer. There are just so many cells that could have been depicted in the manga. But this is not quite a flaw.OverallThe human body is the best work of art. Hataraku Saibou manages to show the struggles of cells, doing everyday routine to keep us, people, alive. There are no unnecessary details, everything has its aim: be it comedy, or drama. On top of that, you will hardly ever read something even remotely similar to Hataraku Saibou. I highly recommend you to read both Hataraku Saibou and Hataraku Saibou Black and to see the upcoming anime adaptations of the two manga.

The manga revolves around 1146, a white blood cell who starts out like all the other white blood cells--ruthless and bloodthirsty. But after a red blood cell (AE3803) shows fem gratitude for feir efforts, fe becomes more conscious of the other cells around fem and their daily lives and fe begins to become more caring and friendly. We get introduced to many of these other types of cells, usually in fun ways that show off their roles in the body. Most of the stories involve various mundane problems (from our perspective), which are calamities in the world of the body's cells--like allergies or common germs and viruses. There are a few stories which do seem major even from the whole body's perspective--when the body became so dehydrated it needed an IV drip and when the body had so much blood loss it needed a blood transfusion. Even the stories involving the cancer cells don't reach the point of a major bodily threat since they never became a tumor and were able to be destroyed by the body's own immune system. They do a pretty good job of combining educational material about bodily functions with entertaining stories. The way transmigration of the white blood cells is portrayed is hilarious--just popping out of crevices and vents. I don't really appreciate the warped justice of the cancer cell(s). [Reviewed at chapter 25] 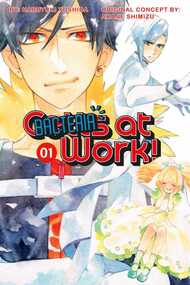 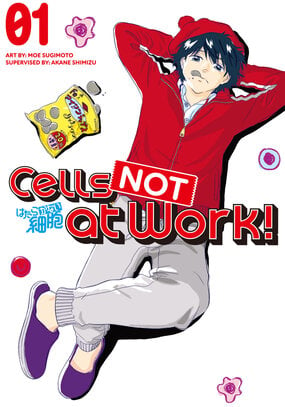 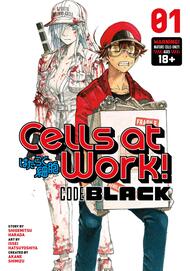 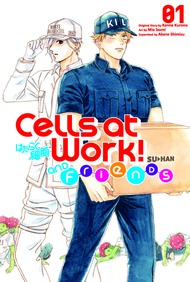 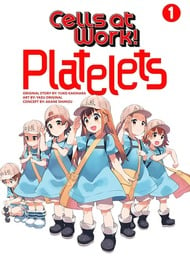 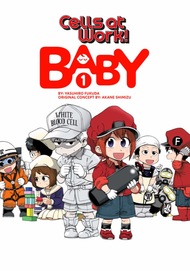 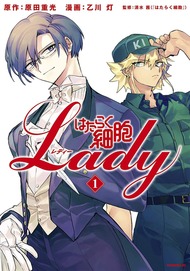 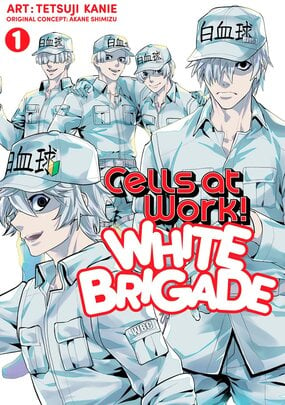 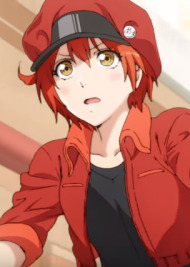 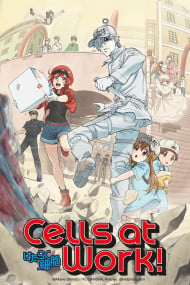 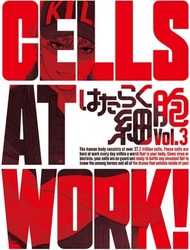 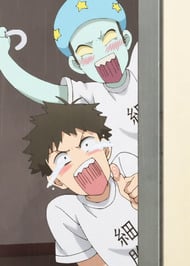 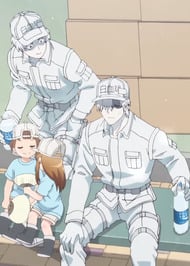 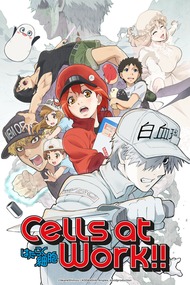 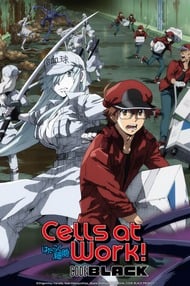