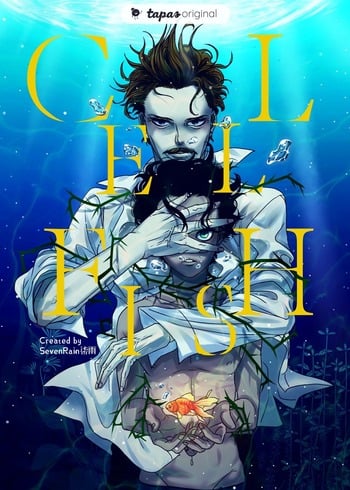 When Aoba Seragaki is drawn into the shady underworld that surrounds the virtual game Rhyme, all he thought he knew falls apart. There are gaps in his memory, people are disappearing, and a buried secret in his mind may hold the answers.

The smartest man, Luo Xiao, and the affluent prince, Yan An Cheng, wander from place to place to find clues about the legendary “Heavenly Stairway”. They encounter many bizarre cases along the way, and gradually, they uncover a hidden conspiracy...

This is the story of an eastern blue dragon and a western black dragon playing together.

For many generations, angels have watched over the keepers of Earth, monitoring their progress, achievements, and failures. Chihaya, a positive-checker cursed with black wings, must report the good deeds of these Earthians to Eden, while Kagetsuya, his partner and a negative-checker must pay attention to man’s ill actions. What starts as simple observatory assignment leads to the heavenly duo becoming involved in a sinister operation of biomechanical proportions, which may end up destroying the Earth and all its children for good!