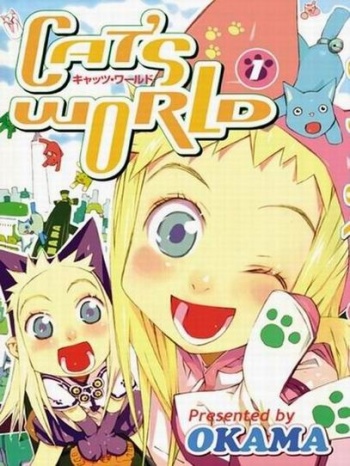 Kuro is just an ordinary cat who only wants to protect his owners who are an old couple that can't fend for themselves. One day while on a date with his girlfriend Pooly who is a dog, he is kidnapped by an evil scientist and turned into a robot. Kuro somehow removes the chip that controlled him and notices that people get scared with his new robotic appearance and that he can now talk like a human. He decides to disguise himself with the skin of a stuffed toy and to continue living as a pet.

The fourth season of Hanhua Riji.

The third season of Hanhua Riji.

The cat demon Twilight and dog demon William feed on human souls to cultivate vital energy to become immortals. To make dreams come true, human can trade their souls with these demons.

In the twenty-first century, gods and demons can no longer maintain equilibrium due to the rapid development of people in society. In an effort to restore proper order, the gods began to take care of the world, for which they will send a group of gods and monsters to the world to find the "key" to salvation. Su Moting is a girl with the personality of a “demon child”. When her parents asked her to leave their house so that she could become independent, the girl meets the beautiful and charming god Tianjin and the mysterious demon cat Dukui. So begins the new hectic life of Su Moting.

The second season of Hanhua Riji.

Three extra terrestials are on a mission to see if Earth is qualified to be part of the Galactic Control which is an order where only certain planets can be part of. If Earth isn't qualified then the planet will be destroyed. To progress in their mission, the three beings obduct three earth animals as disguises for themselves. With their extrodinary powers they already have, they were best known as the Wonder 3.