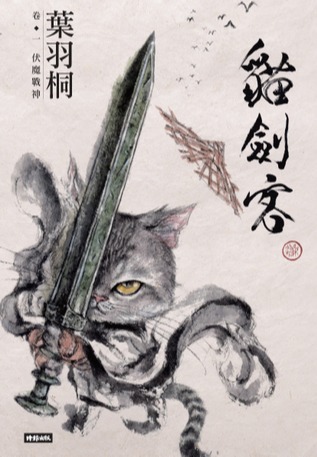 When a variation occurred in the old wardrobe of Jiao He family, several strange cats from the otherworld appear in his home, Jiao He has to make a serious effort to make a living in order to feed the otherworldly meowers who have suffered severe disasters.

Rebirth of the Cute Tiger: Great General Wants to Hug

Following the owner to the battlegrounds, dying on the battlefield, Bai Ying changed from a war tiger into a sickly beauty, and even got married to her master. She transformed from the former ferocious tiger into an adorable one. "Come here, aren't you crawling to my body every day? What are you running for!" In front of all the court councilors, the great general waved towards Bai Ying. "It was obviously you who did not allow me to crawl towards your body..." Bai Ying on one hand mumbled to herself, on the other hand obediently crawled to sit onto the general's thigh. The room filled with the court councilor's looked at each other in dismay, they were getting served dog food by the great general.

The Strongest of the Surface! King Eyebrow - Part 2

The second season of The Strongest of the Surface! King Eyebrow.

The Strongest of the Surface! King Eyebrow