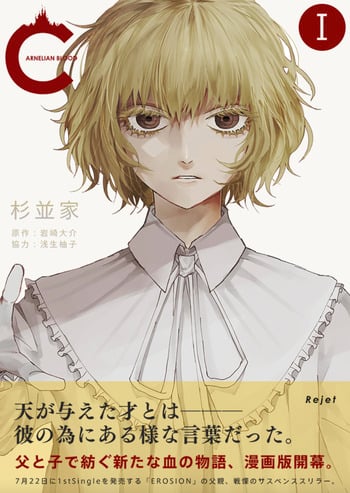 A world where one country is split in half on the Berlin Wall, East Germany. Annabelle, who lives in a country dominated by socialism, harbors a secret love for a young used bookstore owner, Yukirou. And the secret that the state's intrigue involves. The times, the thoughts, the struggles are the walls that separate the two. An authentic historical play depicting people living in East Germany.

The "Johan incident" once spooked Germany. But the truth of the incident is still left undisclosed. This document is a vivid report of the "Johan incident" put together by an Austrian journalist, who found similarities between the "Johan incident" and a murder case that happened in the suburbs of Salzburg for which the writer was in the field. Are you ready to accept the striking reality that emerged out of the report!?

Avalon: Eien no Ai no Shima

In Germany, in the early 30's, the blond aristocrat Alois encounters David, the new serving boy and a Jew, who's come to take service at Alois' castle. The two fall in love, but will a relationship between a German and a Jew last?

WWII, Nazi Germany. In order for the fallen angel, Lucifer, to be reborn as a proper demon, he must lead a man down the path of Hell.