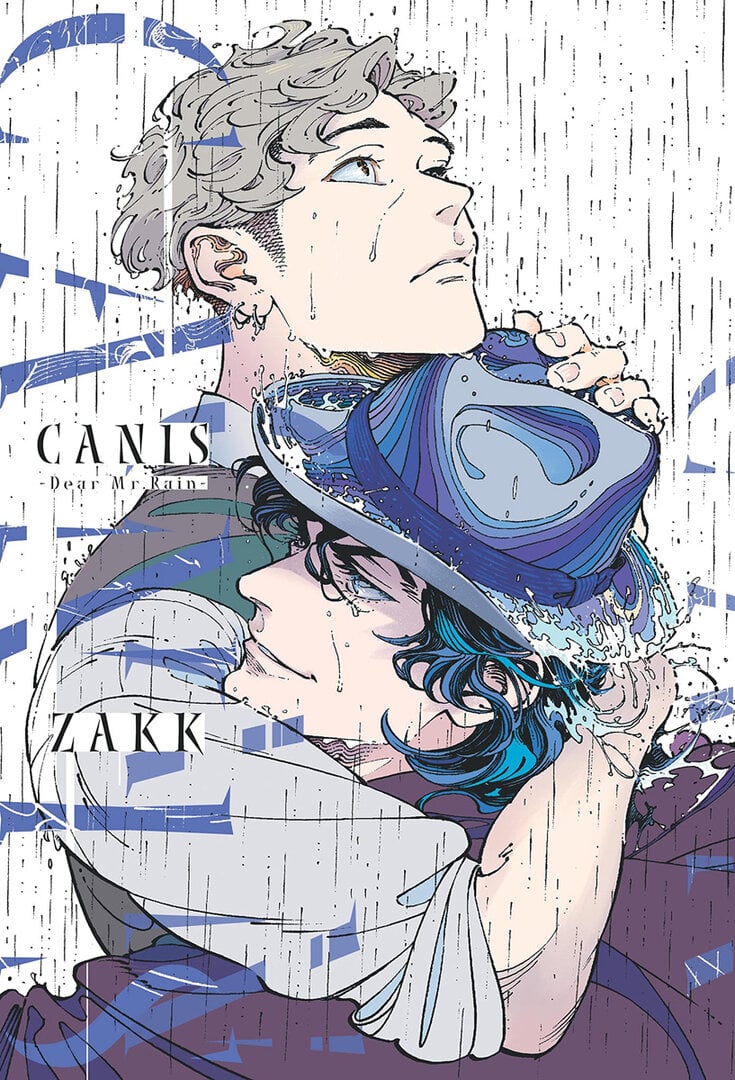 Business is tough at men's haberdashery Dante. A big sale is coming, and they are extremely understaffed. So after getting chewed out by his staff a broken Satoru heads home to find a stray napping in the rain. Ryou isn't your standard American longhair, though. He is a mysterious nineteen-year-old with charisma, good looks and an air of someone with a past, despite their age. After a meal, a nap and a shower Ryou was ready to model for Satoru. But their contract was for just one day. And the reason why Ryou had to go was he had a meeting with the mafia.

I bought volume one on a whim knowing nothing about it, and was happily surprised. I have no idea how the rest of the series will play out, but this is a promising first volume, providing backstory and development for our two protagonists. However, if you're looking for sex right out the door, you will be disappointed. The author seems to have chosen to take their time with this story, letting the relationship between the characters happen naturally. This means that while there may be less excitement in this first volume in the romance department, you're given a chance to get to know the characters and get a sense for who they are and what motivates them. Not only does this mean you are more invested in them, but I think this development will pay off in future volumes. There is some conflict at the beginning, so it's not as though the story is without any excitement, but the focus is on setting up the relationship between these two guys. And there are still some unknowns in their backstory to be revealed in future volumes. If there is a weakness here, it is that after the initial meeting and conflict that starts the story, it kind of becomes slice-of-life and I thought the volume was going to end with nothing to make you reach for the next one. However, it came through in the last few pages as there is a preview that definitely sets up an exciting situation for the next volume. As for the characters- I really like the contrast in their ages and personalities. And I like the sort of mentor relationship that's happening here- it provides a natural balance between logic and emotion, and both guys are able to change in positive ways by knowing each other. In other words, if this wasn't a romance, it'd be a really good bromance. Also, while the humor was mostly chuckle-worthy, it is there and it helps break things up. There is a lot of room for growth- especially for the younger protagonist- but both guys are quite likable. Considering the emotional fragility of one of the characters, there is the potential for the story to devolve into something more disturbing, but so far, it's been handled pretty well. The art was pretty different than your typical manga- and very different than the usual boys' love styles. I wasn't sure if I would like it at first, but it grows on you, and it's great. It's refreshing and reminds me more of western comics than manga. The comedic moments especially put me in mind of something from a Sunday comic strip rather than anything Japanese. However, while I think the art is really good, it does have a few inconsistencies- my main gripe is how the younger protagonist tends to look much older at times. But overall, I think the style works well for a story about adults. In short, if you're looking for a boys' love romance with a plot that takes its time to tell its story, then check out this title.