Alt title: Battle Through the Heavens: Return of the Beasts 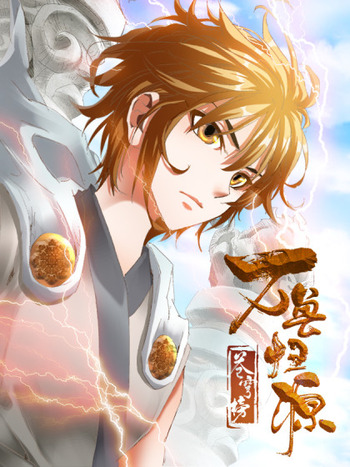 If you're looking for manga similar to Cangqiong Bang: Wan Shou Gui Yuan, you might like these titles.

Cult of the Sacred Runes (Novel)

The formless ancient world was infested with despicable demons. They hunted and feasted on mankind, keeping the human civilization constantly in a weak and suppressed state. During the first known year, a magical mountain descended into the world from the realm of the Gods. Carved on this enormous mountain was a message: ‘Heaven Prevails’… After the Grand Descent, a name that was given to the descending of the mountain, the Three Great Sages made their ways to Mystic Mountain where they learned to harvest what we now call magic, establishing the Mystic Cults and eighty-one sacred shrines to help aid mankind with the cult’s mystic powers against the eternal fight to the death with demons.

The path to becoming an immortal (cultivation) of a unparalleled girl with strange powers. A round of applause please for the handsome guys and beautiful girls that are about to appear!

He always thought he was a mortal, but he didn’t know that his yard was full of divine weapons and the chickens he raised were more like phoenixes! It wasn’t until after five years of living in a mortal village when the system finally allowed him to come into contact with cultivators. It was then that he discovered that no matter how strong someone was, the moment they saw him, they would be so scared that their legs gets numb and call him senior. Some even kneeled down and worshipped him…

A practitioner's Dan energy originates from the moon, the sun and the five elements. The human body has the five elements, since all living things do. Regarding the issue if humans can train the Dan, there are two main views: One group thinks that using people will result in many difficulties, thus they only use elemental energy from external sources. They are called true practitioners. The other group thinks that, since the body is the supreme thing under the heavens, if they want to increase their strength exponentially, they should use other people's elemental energy. They are called the nefarious practitioners. The true and nefarious practitioners' battle is now unfolding!!!