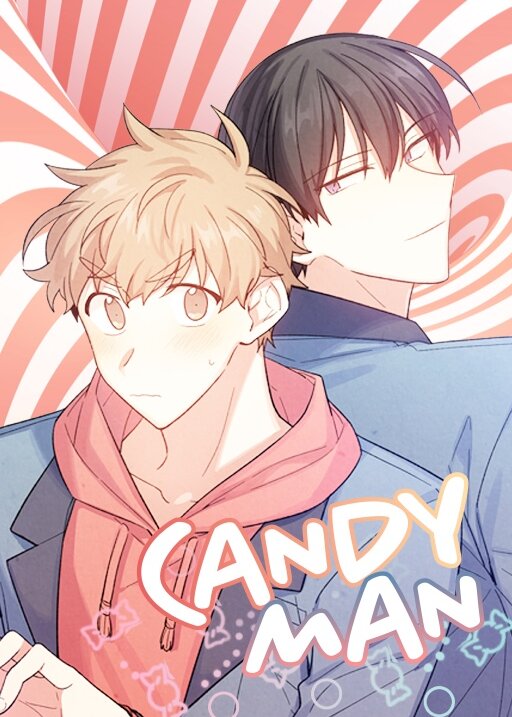 This shit is like "the room" of all BL manhwas it's so bad I was laughing the living shit outta myself the whole time... it's "my darling signed in" gone corny yandere mode basically.

Ok in all honesty it is quite hilarious ngl, this kinda toxic relationship will get crapped on irl but hey, when you go yandere you go all the way in fiction. Kimin's a shallow af psycho dude who fell in love with Kyuyeon's online avatar "Yorong" after he's been helped out by "her" in the Arcana game. It was just dat simple aight? I thought there would be a lil mystery woven into the comedy with how Kimin's been leading us on with his vague reasons for liking Kyuyeon. But it really was just because he's been helped out by Yorong that one time LOOOL.

That aside, i dun really know what's the deal with all this water & Kyunyeon connection. I'll just assume that Kyunyeon's susceptible to Kimin's tears whilst he himself could also affect others by fake crying (the dude used a teardrop bottle one time) or crying pitifully for real. That and is also gifted with the ability to persuade others by unleashing his corny Yorong persona during crucial times.

This BL is sth you can get a good laugh out of if you enjoy funny coming out moments and a scared Kyuyeon thinking of ways to avoid Kimin finding out he's a guy. If you're looking at the "story" from an objective point of view then you wouldn't be getting that much since it's genuinely bad haha. Still once in a while ya can chill out to bad funny stories like this.

Warning : super possessive ML ;;; that's all i have to say-

The story at the start really reminded me of "My Darling Signed In" but it's better cuz of how long they took to play "tags" lmao. I really enjoyed seeing them playing tags '3'. At the start the pacing is quite ok and it'll get better as the story progresses but im really dissapointed bcs by the end the pacing is suuupeeerrr rushed and the story looks just like a filler. The end is super not satisfying too 😟.

Aight, i find the art is quite cute <3 even tho it's pretty simple but i see some improvement as the story progresses and it's sooo beautiful at the end. The artist rlly took time to draw some good background characters too and i appreciate that <3

Ngl the characters are uh.. quite.. idk. The MC (uke or sub) is ur usual puppy boy but i luv puppy boys so im not gonna complain hh;;. But the ML (seme) is.. uh.. well u can see it for urself. He's super possessive to the point it's quite concerning at the start. And his personality doesnt rlly make sense to me, but he's getting better at the end so ig.. it's ok? (Or not) ¯\(◉‿◉)/¯

MAY CONTAIN A SPOILER - At first I liked this manga, because I thought it was funny and I liked the twists between the characters. Later, when I was about in the second quarter of the manga, though, the funny and adorable relationship between Kimmin and Yorong changed, and I realized how bad their behavior was.

Kyuyeon (Yorong) can't say no, he can't do anything by himself, and he's very oblivious.

Kimmin is too stubborn, possessive, forceful, and not afraid to go to extremes lengths for the slightest bit of silliness.

Honestly, that's probably what bothered me the most about the story.

I've heard several times that this manga resembles other stories. And honestly, if you know which stories I mean, it would be better to give them a chance to read them instead of wasting time with "Candy Man".

I'm not saying everything in the story is wrong, but the relationship of the main characters is not healthy and I think that can be uncomfortable for some, including me.

It reminds me of "Our Companionship"

Basically, if you like the "Yandere" genre, this manhwa is definitely one for you to check out! This story has a vibe of "My Darling Signed In" mixed in with "Recovery of an MMO Junkie" and "Killing Stalking"(without the extreme). Although the story was addicting, the Kyuyeon character would make you feel really uncomfortable whenever he goes after Yeommin because he literally stalks the guys every move! Not to mention whenever Yeommin says no to him, Kyuyeon would always keep at him! I wouldn't consider Kyuyeon to be great partner material tbh, he just wouldn't stop whenever he told to do so! Thats why Im giving this manhwa a 6/10 rating lol........