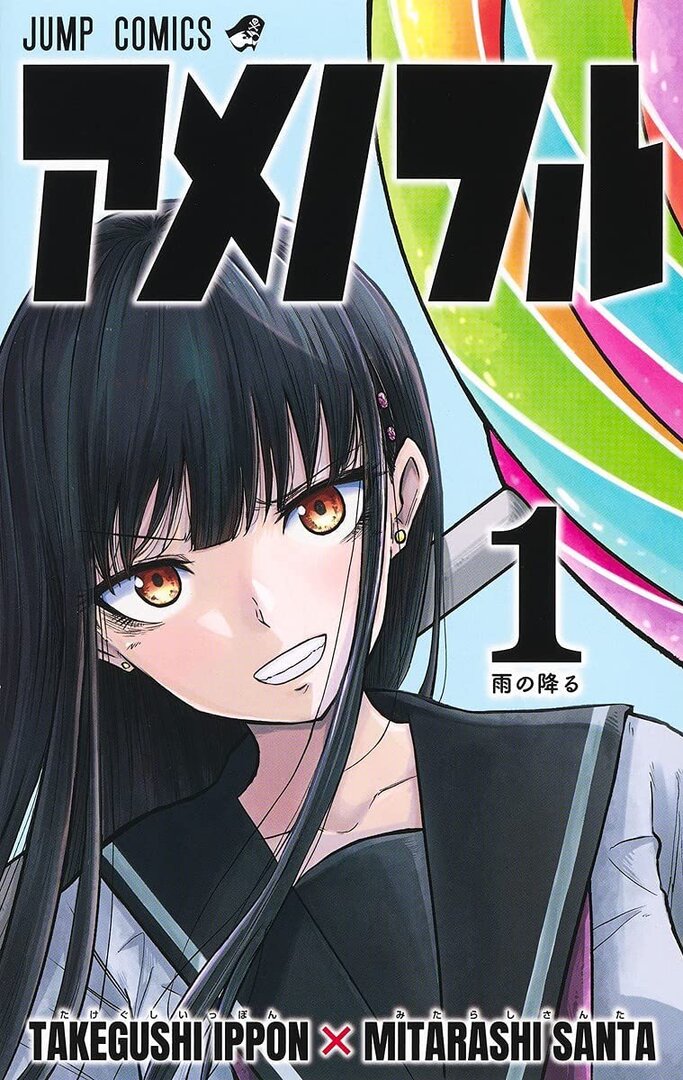 Candy Flurry had such a promising premise. The candy users were super neat, the little power pills they take were awesome, and the conflict/mystery of who destroyed Tokyo with lollipops was so compelling! The problem: the mangakas never committed to any of these elements. Even though I enjoyed the comedy, it seemed to come out of nowhere (not in the same way that something like Mashle approaches the same randomness).

The characters are all super flat too. I kind of liked that the villains in the story weren't very menacing but it did lower the stakes quite a bit. And because the series got cut so soon, the last chapter felt super unsatisfying even though it tied up all its loose ends (a struggle other manga struggle with when cut prematurely).

Despite the weaknesses in story writing, the art had me coming back every week. The lines were sharp, the action scenes were very clear to read, and the character designs were just goofy enough for manga. Hopefully Mitarashi-sensei is able to get serialized again because I seriously loved the art!