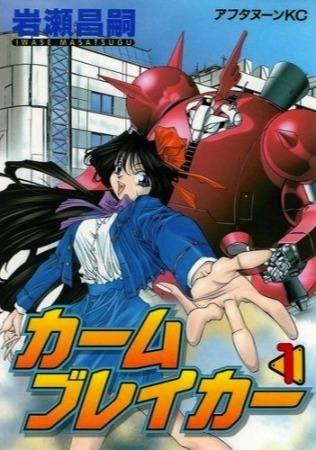 You saw his work in Neon Genesis Evangelion: Comic Tribute... depicting the truth about Rei with great sensitivity... Wait, that’s not the right word. What’s the opposite of “great sensitivity”? Well, whatever it is, Tony Takezaki’s got it, in this collection of all-new stories satirizing the Evangelion you saw on TV, as well as some scenes that apparently were never aired! SEE! Eva as a 1960s TV show! SEE! Kaworu and Shinji’s standup comedy career! SEE! Ritsuko’s days as Gendo’s student intern! SEE! Eva Units, flinging dookie! You’ll see all that and more, because this is Tony Takezaki’s Neon Genesis Evangelion!

The human race extended it's life field and greed to the vast reaches of space... In Space Era 0156, a war breaks out amidst all of the colonies in space. Earth begins to construct a new space battleship called Tiramisu in secret. Just as the war begins, one genius pilot steers the Tiramisu as a beacon of hope for humanity.