By the Grace of the Gods (Light Novel) - Reviews 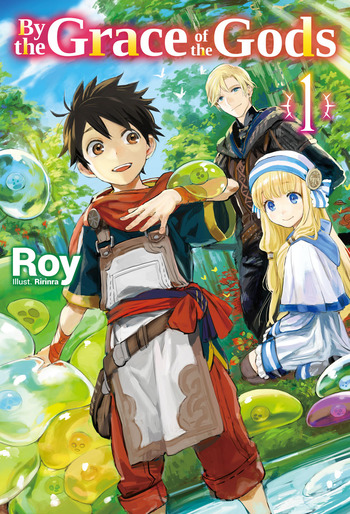 (243 chapters of the Rebooted version, which is the recommended version since it cuts down on irrevelancy)

This has an anime. The anime is a great indicator for whether you'd like the book or not. Only noticable differences between the anime and book is more of a focus on the side characters and more world building, which is a good thing. One thing to note however, is that in the book, after the stopping point of the anime, the tone gradually shifts to become more serious while still mantaining its light hearted nature. Its still comedic though.

Read this if you want (Slight Spoilers Ahead):

Characters are amazing. All of the characters are being developed and fleshed out as the story comes out. The MC's is the most obvious, but there's changes in all of the important side characters and even some of the lesser ones.