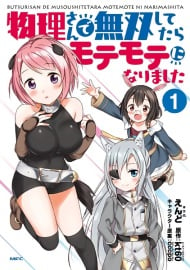 His harem consists of demi-human girls? I was forced to withdraw from my world to learn magic with an alchemist. While learning, I come upon a moment that only with my eyes could make any girl fall in love.

tbh i have no idea how i should start this reviews bc there is a lot of issues here story what abad plots u gonna feel a lot about missing things even if u tried to understand like that the purpose of this story what the main protagonist trying to do or what the world on about , u will just burn ur head cuz overthinking the story it just about some dude overpowerd slept with everygirl he meet without any convo just hey lemme kill this mob , u see im strong lets pray the characters looks the same just bunch of furry cats or ants , bro wher is other races  and yeah there is borderline h genre , lmfaoo its just a simple ecchi not that hottie juicy thing beside that the manga full with females its rare to find a male , i think this is female isekai lol thats kinda funny i remember while reading if i saw a male imma thnkx god cuz there is one i thought men were extinct art was emm okey  may say dont expect that piece of art

This. Is. Bad. It's clearly just intended as a misogynistic, incellous power fantasy. Even if you're only looking for smut--and don't care about its complete lack of good artwork, compelling storylines, worthwhile characters, or cool fight scenes--you still shouldn't read this comic, since its sex scenes are lackluster and only mediocrely drawn. I've seen far more sensual and erotic artwork out there. More than anything, these ones just seem to rely on the submissive personalities and bare breasts, usually drawn torso-up and full-frontal. Personally, I think it's difficult for a manga to pull off a good harem story in the first place, but this one does it worse than most. There's really bad pacing, scene transitions, and conversation flow. But the biggest problem is that there are way too many scenes and motivations which are obviously contrived in order to get the desired result of Rakuto dominating a woman and then having the girl declare feir undying, subservient love for Rakuto. The synopsis suggests that these girls are falling for fem because of some sort of alchemical technique or power, but the manga doesn't give that impression in the slightest. It just has the girls being impressed by feir fighting prowess or "kindness." When Rakuto isn't humiliating or dominating the girls in order to teach them lessons, fe is condescending and patronizing to them. And the girls are shown to love it. They become reliant on the man and quickly achieve a desperate state of clinginess, tearing up and panicking if they can't be with fem. There is head-patting, spanking, cheek-pinching, mouth-to-mouth feeding. There're a few instances where Rakuto punches a girl in the gut and watches fem double over in pain. One of the girls pees femself a few times. That girl is 12 years old. The plot wasn't ever very focused, but after the first sex scene, it started devolving even quicker until it became 100% about finding excuses to get to the next sex scene. There's orgies. There's public sex. We see Rakuto groping and fucking these girls basically whenever fe feels the urge (which is hundreds of times per month, as the manga itself tells us). There is hebephilia. There is incest. Rakuto's sole motive seems to be sex, making fem an entirely uninteresting character. Though, of course, it wouldn't be that big of a problem if the main character was a lech if all the girls around fem didn't act so ridiculously devoted and clingy. By the end, Rakuto has an official harem of twelve girls, though I'm sure fe'll keep fucking other girls on top of those ones. Oh yea, and Rakuto is an overpowered main character too--defeating any opponent in a manner of seconds--which just makes the already weakly choreographed and badly drawn fight scenes even less interesting. Simply put, this is a bad series. Find your smut elsewhere. 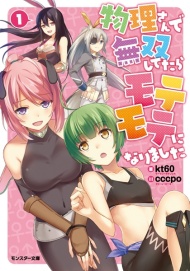