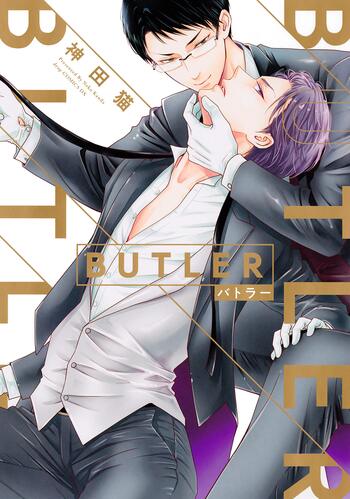 The plot in itself is very unique. It's not like countless numbers of butler x master manga that I've read. Instead it's situatued around a butler x butler relationship. It's very refreshing to read something different than the usual ones so far. The plot is nothing too unique nor is it common, but the story itself is well-written though there are times where it feels a bit rushed and I would have liked to have had more scenes where it would dig deeper on the history and past between the characters.

The art style is a 10 out of 10. I love how it was drawn and how the characters' facial expression and how they are portrayed.

As for the characters, aside from how they were drawn, which was fantastic. It felt like there wasn't much development between them. It seemed rather rushed or like it wasn't given much thought since they already had a "history" between them. There was nothing amiss with how they interacted with each other, but it would have been better the author had elaborated in it more.

Overall, it's a very good manga. Highly recommend reading it! 9/10!