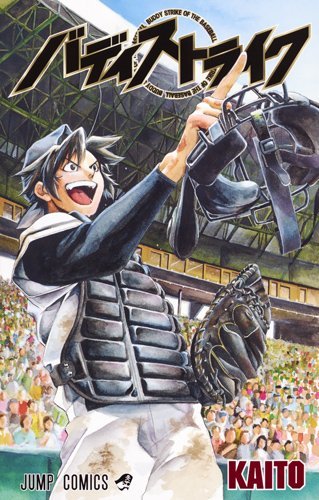 After transferring schools to Sumiya High, protagonist Taniguchi Takeo decides to participate in baseball practice at his new school. He changes into his previous schools's uniform, and the other team members notice that this is the uniform of Aoba Academy, famed for their baseball team. Because of this, they believe that Takeo is an amazing player; however, while he was at Aoba Academy, he was only a lackluster second-string player...!?

I want to pitch to that mitt again... A meeting with catcher Kazuya Miyuki changed the 15-year-old Eijun Sawamura's life. He said goodbye to all his friends and knocked upon the door of Seidou, a prestigious baseball school, intent on testing his own strength. There, he met many proud baseball players who were betting everything on the sport! A classic tale, yet new and fresh.

Katsumi has been playing baseball (disguising herself as a boy for years), but one day she is recognized and scouted by an old family friend. Unfortunately, she ends up playing against the team that's coached by her own father. After she befriends her team's new catcher Oikawa, Katsumi's skills win over one suspicious mind after another.

Kanta lives with his mother, brothers, sisters, and dog named Judeth. He likes baseball, but his mom doesn't like him mentioning baseball, because his mother believes this was the cause of her husband's death.