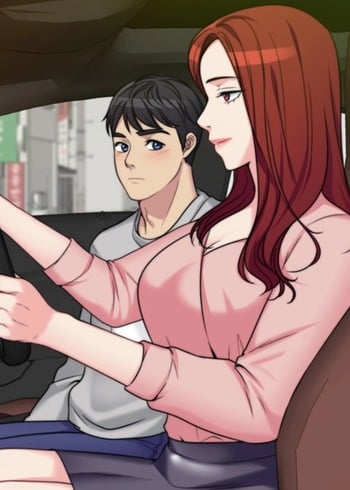 To save her small publishing company from going bankrupt, Geuru needs to obtain a contract with the bestselling author, Jekall. When she goes to meet him, he wants nothing to do with her especially after she suddenly kisses him. However, Jekall isn't the only man she kisses that night and soon Geuru finds herself drawn into a love triangle with both Jekall and a man named Hyden. But after discovering a shocking secret, she begins to question her own feelings and everything about the two men in front of her,

One day I woke up, and started living the dream... How long will this last?

In a world in which an app alerts people if someone in the vicinity likes them, Kim Jojo experiences young love while coping with personal adversities.

Ha-young's Daddy Long Legs, Gong Ji-hoon. Korea's top celebrity Gong Ian. Ha-young, who came to Seoul in pursuit of her dream, agrees to live with the two brothers under the same roof until she makes it as an actress...

Bong Sunhwa is an average company employee frustrated by the business of life. One evening she receives a call from her mother asking her to come down to her hometown to clean up the old things she had left behind. As she makes her way home and rummages through her mess, she reminisces about her past when love was sweet, yet so distant. Not long after, she decides to drop by an old book store she used to visit as a student. Not only did it change into a trendy cafe, but the owner as well…?

The Professor Who Reads Romance Novels

A middle-aged professor, Joon-woo, is infatuated with internet romance novels. Even though he does not show that he's an avid reader due to his social status, waiting for the next chapter of the novel enthuses him. But one day, as the author goes on an unexpected hiatus, Joon-woo decides to write a letter to the author...