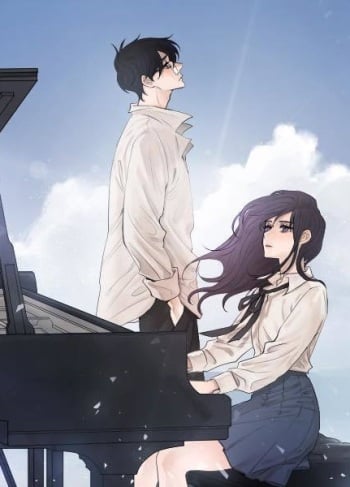 This is the story of a girl who was forced to become a piano prodigy with the pressure starting from the moment she was born. Her family has had distinguished musicians in their past. She is constantly forced by her father to practice (up to 12 hours a day, 10 if he's being nice), wear gloves whenever she's not playing, no friends, makeup, etc.

Idols, stars, celebrities - Everyone races for the stage. But what will it really take to reach the center? Coming up! Idols in the making.

Song of the Cloud

Ga Yeon's smart, but wants to become a singer. However, the Korean educational system strongly enforces studying to students without considering the goals and dreams of the student. She's been forced to live a life of suppression. Jae Hee is a piano player, but he's been living in constant delusion of his life. He has mental problems and cannot distinguish reality from a dream. Dong Woo and Min Seo are a couple who are talented musicians but cannot make music they wish to make because of the current situation of the Korean music industry. Hyuk's a very good guitar player, but is forced to be in an idol band, rather than what he really wants to be. The 5 come together to make a band of their own.

What's There to Know

A breathing tree, four strings. A soul's passion and that soft vibration.To a world where the songs of violins emerge, I invite you.

What happens when people from parallel universes meet? Wimp is a story centered around someone who meets the parallel versions of himself- whether dead or alive. Follow Mek and Meb as they try to fill the shoes of their predecessor, Med, in the world where music is looked down upon. How will the late Med's friends view Mek and Meb? Can they change the world? Do they even want to? The story only gets more interesting from there.

Cornelia is a world renowned South African wind instrument repairer and people from all over the world come to seek her help in repairing their instruments. Each of them come with their own emotional backstory and Cornelia works with them to heal old wounds and lay the past to rest through music.

Three people with completely different personalities except for their love for music come together to create an orchestra!

Hae-Sol has an innocent appearance and a sad past. She meets Jinhyeong while volunteering, and when their love blossoms, she marries him. However, Hae-Sol never expects Jinhyeong to be a hitman in disguise. Unable to accept her husband's profession, Hae-Sol divorces him and opens a guest house to make a living. Coincidentally, her ex-husband and first love declare they will move into the guest house... Can she overcome this deadly man's fatal flaws? Their romantic and dangerous life under the same roof begins!