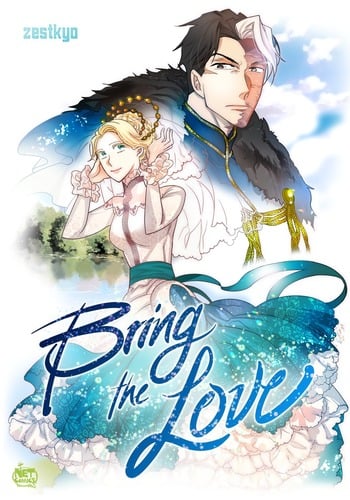 If there’s one thing that ruins a good story, it’s a cliché! Handsome prince? Lame. Damsel in distress? Yawn. Knight in shining armor? Depends... How good is he in bed? Wait, HUH?! Well, Yuna Han is out to make sure her sister’s story is anything but a cliché, only now she'll have to live inside of it. And luckily, she plays a fairly minor role. Her only crime is being the main villain's older sister! Can she manage to save both her sister's story AND her own neck before we reach the final page?

Both of these manhwa have similar humor when it comes to their art. They revert to this simplified cartoons art style in a way that is very similar to one another. Although the average art style is divverent they give off the same vibe.

Both feature a Male Led who is perceived as emotionless and indifferent in most cases except Wheen with the Female Lead. Both of the Male lead's are in a position of power but despite this they don't have much else in common.

Although the similarities aren't extensive the artstyle and humor give them both a similar vibe. If you haven't read Living as the Tyrants Older Sister I would highly recommend, it is tear-jerkigly, convulsion-laughing comedic gold.

That Concludes my recommendation

Both female MCs are very driven in protecting their siblings and would do almost anything for them—swordmanship, sword forging, or marriage!

Both have an awesome female lead, and wonderful male leads! The storyline is magical and I promise you will not retreat reading this! They have regular updates, and the story is funny and light with good support characters as well! I highly recommend this!

It’s a rude insult when lowly and headstrong servant Edna comes to marry Duke Eli, instead of the noble daughter he expected. But the ambitious maid hides an even bigger secret behind her obvious ruse – one that could change the kingdom’s very history. Can the two find freedom, redemption – and love – without drawing their swords on each other?

Strong female lead, both are great swordmasters, and the chemistry between the leads are both amazing.

Both female leads are great swordmasters. The chemistry between the leads in both stories is amazing; matches made in heaven. And in both stories, the leads accompany each other on a good-natured adventure.

Your Smile Is A Trap

Ex-idol trainee Kiyu has lived his whole life adored by everyone for his good looks. But he dreams of ordinary high school life, so when he puts on glasses to blend in with his peers, he finds that making friends is a lot harder when you don’t have your looks to fall back on. Not to mention he’s also socially awkward, his new seatmate has a permanent scowl on her face, and his fans have tracked him down at his new school.

Both of these are webtoons are a romance between one character that is inhumanly beautiful (on the inside and outside) and another who is misjudged for looking intimidating.

Both characters find it hard to speak exactly what they feel at times.

Also both have a character that literally blinds someone when they are happy and also have a character who always looks like they are frowning or angry (but there are certain people who can understand each of these emotions).

I Saved the Cursed Duke

Asteria lives protecting the grave of the gods. One day, a man who is on the verge of dying suddenly appears in front of her, disturbing her peaceful life. This man is none other than Duke Erhardt, the most handsome and youngest governor of the empire. Asteria saves the dying duke using her magical powers, but her magical powers can only be maintained if they are together. At Erhardt’s request, she came to the outside world and became the fake duchess. Will Asteria, who is slowly adjusting to her new life, be able to achieve love and solve the curse?!

A noble aristocratic daughter was forced to marry an iceberg Duke the Emperor’s brother, which is simply a human tragedy! I didn’t expect the iceberg Duke has the spring blossoms… but you are so gentle to your brother’s smile, is it really good? My Majesty, I really have no other thoughts about your Duke’s brother! Please trust me!

Scarlet Marica is the eldest daughter of the bankrupt Baron Marica. She decides to go to the capital with the ambition of becoming the most recognized piano teacher. 3 years later, Scarlet fell in love with Edward Hart instead of pursuing her dream. She thought that she would get married in the future. But then she found out that her lover had a fiancée all along! Eventually, the richest man of the empire and the notorious marquis, Kellan Black approached her. "I have a lot of debt to pay him back. Lady Scarlet, would you like to take revenge on him?"

It Was a Mistake, Grand Duke!

Vivian Louis is the twenty-one-year-old daughter of a Count, a sweet and seemingly harmless girl who has only one guilty pleasure in life: thirsting after her crush, the breathtakingly handsome Grand Duke Lennox Elphidion Glenn! For her, it was love at first sight at the tender age of fourteen. That’s when she began obsessing over him, creating endless works of fan art and fan fiction. Then one day, an accident with her best friend’s magical crystal ball makes the unthinkable come true. The grand duke is kidnapped and tied up in her bed, and he’s telling her that she’s the kidnapper! Scrambling for a way out of this scandalous bind, the two agree to act like a couple. They even sign a one-year contract, but Lennox seems to want more than a fake relationship. Unbeknownst to Vivian, a full-blown romance is on its way. Could it be that her wildest fan fantasies will truly come to life?