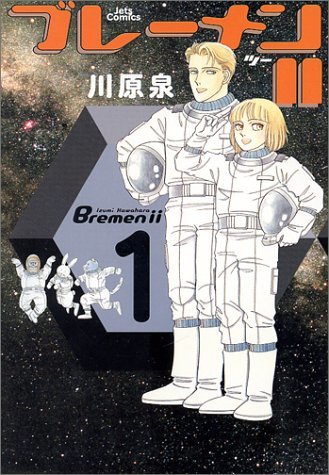 Ruma is just a normal high school girl, living with her younger brother, and having fun at school when three handsome boys suddenly show up! Little does she know that they're not just handsome, they're actually from outer space. And what are the strange dreams she keeps having about a bright light....

Kai Lucas hires the Bebop crew to find his mischievous doppelganger, but the bounty goes bust and Spike and Jet once again find themselves broke - and hungry. And to add to their woes, Spike ends up mysteriously on the police's most wanted list, either the butt of a joke or the victim of a severe computer glitch. But what's worse, being targeted by every bounty hunter in the solar system, or taking on a kid-genius, a genius puppy and a genus: fatale, species: femme as part of the crew. Well, if Scorpion or the Dragon Head Family doesn't kill them, the extra mouths to feed certainly will.

Long ago, the Emperor possessed great mystical powers… and now, a young boy wonders: will he have them as well? With no memories, and only a rose-shaped scar on his forehead as a clue, he ponders his legacy while on the run with the girl who rescued him from a group of armed warriors. She takes him to a scientist who seems sure Rose is the Emperor's clone, and that this young boy must assume the mantle of leadership. But opposing forces have created another clone from the Emperor's DNA… and the struggle for power begins.

A devastating disease called Melancholia spreads across certain areas of the city, causing the unfortunate person to lose their memories of their most important person. Kazanami Toki is unaware that he has caught the incurable disease, but "by chance" he meets his forgotten lover, Hanamiya Yuna. After their fateful encounter, he is left with a strange feeling he is unable to understand.

In a future where cyborgs are more common than fully flesh and blood humans, a girl goes out to seek oil when her family's ration gets cut off. She needs to get it quickly so her grandmother's heart doesn't burn out, but no one has ever gone up above to the ration center and returned alive.