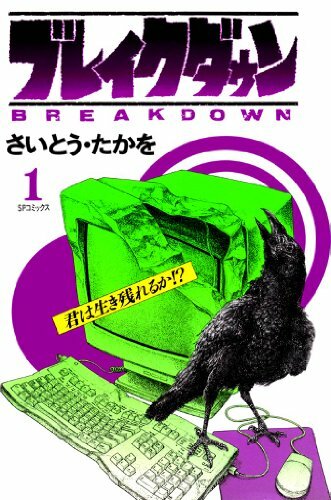 After the world was recreated countless times, a world that would not be destroyed was created. This marked the beginning of the City era.From Berlin to Detroit, this series tells the stories of the unique cities that came to be in that world.

The number of humans has plummeted in a world where a deadly poison was scattered by the explosion of a research facility. One day, Dr. Murakami discovers a woman who was the survivor of that explosion. Her name is Mae. The appearance has become that of a young girl in the first half of her teens, although it helped to create the body which just waits for death newly. In a world where there are no young women, her existence has become the fate of humanity, and the army has sent out an artificial life thug called "the Daughter of God." The fight to survive begins!

Namiro Itsuki is a giant of a young man whose huge stature has earned him the nickname "Baron." His peaceful everyday life is thrown into disarray when a flying saucer suddenly appears before him and his friend Yoko. As the two try meet with various odd encounters, could it be that the UFO is the one tying all these events together?

The world will soon be devoured and destroyed by God. Rye, a “Salvager” who retrieves bequests for a living on the edge of the city, is looking for traces of his lost father who disappeared in a wreckage. A giant “first class” shows up far far away from the ruined city. If you can’t defeat it with the white pair of wings and the dark halo, humanity shall be exterminated. In this eroded world, the boy along with his master who wields artificial limbs, challenge the tower to meet the Gods.