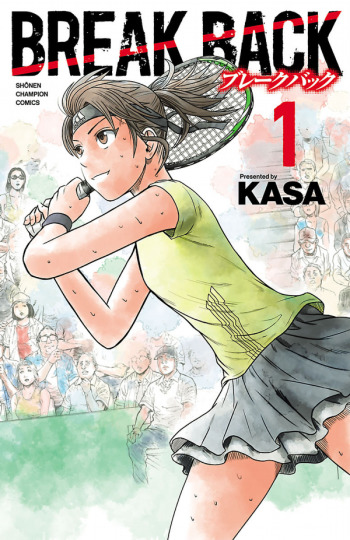 Maguma is obsessed with baseball; in fact, his dream is to hit all the strong fastballs on earth. However, Maguma isn’t a good team player and doesn’t actually have any interest in joining the baseball team! Now, Meguma no longer gets a thrill of hitting a baseball at 140 KPH, so he decides to take up tennis, where balls can fly over 160 KPH! Will Meguma be able to handle this new speed, and will he be able to conquer such a different game?

A tennis ace aiming to be the 1st japanese grand slam winner has to stop tennis due to an accident. Then he meets a girl...

Moe is the youngest daughter of two tennis players who adopted her. When her father dies in an accident, she'll find the force to live thanks to her friend Sakuya and tennis.