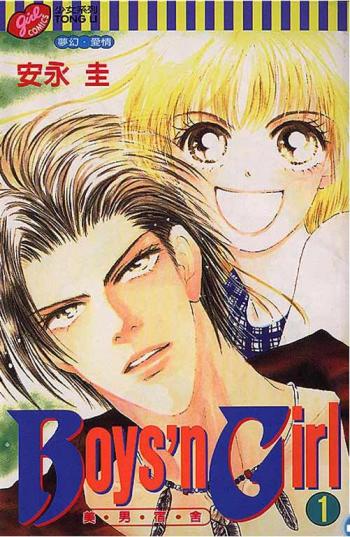 New school, new teachers, a new class, new friends... and basketball. All these things that Ishizuka Sakura are looking forward to are rudely interrupted by the fact that she's running late on her first day of high school! Everything is a mess with her being told the wrong directions to the auditorium, and after school when she looks to relax and play some basketball... she meets the legendary Miyamoto Hayato and Tadashi twins. She wants to team up with them, but will they accept...?!

High schooler Torii plans to get the girl, even if she is his teacher. The teacher plans to grow up and leave behind her basketball-playing youth. In basketball, planning and strategy can win the game, but is that also true for real life?

"That was the highest fever I never had. Because of those guys. "When I entered in high school I met the team of “tsubasa ga oka D.C” Those guy were so problematic but looked like Host! That’s what I thought at the beginning… “…bet with us Alice, bet with us!” “I’m going to ridicule you guys!” “Let’s make a deal. If I lose, you’ll have my first kiss” If it’s Takeru-kun, I can bet anything. I can give him every “first things” of my life.

You're making my heart beat all alone stupid. The unfriendly girl, Reina is a first year in high school. Because of her childhood friend, Kojima Shin, she became the boy's basketball manager. He was like a small brat when they were in elementary school, but not he's gentle and so cool. But there's a Senpai who he looks up to. But I can't seem to stop falling in love with him...!?

Touma has moved back! The boy who taught Manatsu the joy of basket-ball. And it isn't long that they start a love affair. But there are enough enviers who want to destroy this relationship.