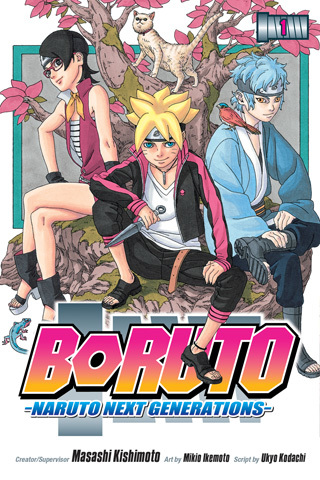 A young and very brave boy spends three years receiving special instructions from a hermit in the woods. After the three years are up, the little boy is possessed of magic powers that will help him subdue the source of unhappiness and evil in the forest, a wicked witch. As these exponents of white and black magic go at it, the animals in the forest line up on the side of Magic Boy and help him out whenever they can.

Two and a half years have passed since the end of Naruto’s old adventures. He has trained hard with Jiraiya-sama and has returned to Konoha to reunite with his friends; but Akatsuki, the organization that threatened Naruto years before, is on the move again and this time Naruto is not the only one in danger. With the powerful Akatsuki organization looming ahead of him, Sasuke still missing, and the struggle with the beast hidden inside him a continuous battle, will Naruto's hard-earned improvements be enough? Join Naruto, Sakura, new friends and the rest of the old gang as the action heats up with new techniques and stronger enemies.

Rantarou, Shinbei and Kirimaru are ninja apprentices in the Ninja Gakuen, where first graders are called "Nintamas" (contraction of the words ninja+tama (egg)). They must learn everything a ninja must know, but as for our heroes, money, food or playing are more interesting.