Born as the Daughter of the Wicked Woman (Novel) - Recommendations 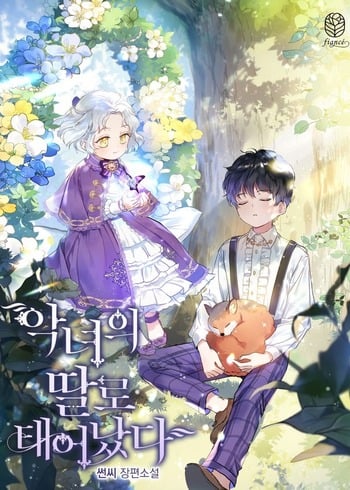 If you're looking for manga similar to Born as the Daughter of the Wicked Woman (Novel), you might like these titles.

I Became Close to the Villain (Novel)

Vianne reincarnated into a book with memories of her previous life. She realizes that she was born as a child who was killed by the villain next door: Idris. Approaching Idris to survive, she soon becomes indispensable to him. But is it because they are too close? As the original story gets tangled little by little, Vianne faces another crisis. In a moment of despair, Idris sacrifices himself to save her. So Vianne lets him go forever. And ten years later. He, who she thought was dead, appears in front of her. “I want all of you, Vianne.” He became the leader of the villains!

Saving the Villain Who was Abandoned by the Female Lead (Novel)

A Korean woman reincarnates in a novel into a young girl already on the verge of death, but was rescued by the future villain and his grandma. The villain of the novel “The Duke of Perse” was in her mind a fantastic employer. He paid in full and on time. On top of that work was easy to do compared to the work she used to have to do. To save her own skin because she knows that the Villain’s fiancee (the Heroine of the original novel) was cheating on him with the Emperor. The fiancee decides to poison him, so as to leave her free to marry her lover. She knows that once this happens everyone who was in employ to the Duke would be killed off as a suspected assassin. She prevents this from happening and is in turn suspected as the assassin. Though, it was found out she was innocent once they feed her the poison transforming her back into a 6-year-old girl. The Duke decides to “reward” her by getting her adopted into a noble family…. The most evil family known for assassins.

My Sister Picked Up the Male Lead (Novel)

The main character reincarnates into a side character of a novel that she had once read. She becomes Amy, a young landlord, who has an older sister. From what she recalls in the original novel, her sister becomes the first love of the male lead she picked up and gets brutally murdered in the near future. The male protagonist has a disposition that of a sociopath, which stemmed from the unloved environment he grew up in. He has also been inflicted with a curse, where his body and mind would transform into an adolescent during the day. Can the curse of the male lead be lifted? What will happen next?

I woke up as the orphaned princess Amelia in a novel! My lovely aunt Lucinda, who suffers from raising me alone, is as kind as an angel. Though it doesn’t appear so in the eyes of my uncle, tyrant Emperor Tess Illuminas. “Auntie, trust in me only! I’ll make you walk on a flower path!” Amelia enters the imperial palace only for her aunt. But this uncle doesn’t seem like the tyrant in the novel at all? Rather, it just seems like there’s a lack of affection? “I can’t help it! Amelia will make everyone happy!” Nowadays, children play matchmaking as a hobby, right? I’ll try it out.

Please Be A Traitor (Novel)

I am Inaila, the only daughter of the Duke. I was living peacefully. One day, I suddenly remembered my previous life. I was living inside a novel! My fiancé, Karpel, will become a traitor in the future and will die in the Deng River while the piece of land that I’m living on is set to be destroyed by a tribal invasion! I cannot lose the engagement which was hardly set, and I can’t let go of my lavish life. The engagement was forcefully set up even though Karpel said he hated me, but he’s only just 16 now, If I plan this well, won’t he grow up to be nice? “….I didn’t say that I dislike you.” “You look pretty today.” Boy, I thought you hated me?

If there is no “Beauty” in “The Beauty and the Beast”, then who shall lift the Beast’s curse? “One day, someone trapped in a world of black and white will appear, and stain your world with blood.” Thanks to this prophecy, the “Beast”, Prince Reynsis, was abandoned and left to fend for himself. To undo the curse, he needs the “Beauty”, but the only problem is: “Who the hell is this beauty supposed to be?!” I reincarnated into my own, incomplete novel before I wrote about the beauty’s appearance! All I know about the “Beauty” is that she has black hair and crimson eyes…but after witnessing Prince Reynsis’ unfortunate childhood firsthand, I resolved to go and find the Beast’s beauty myself!

I Don't Want the Obsession of a Twisted Archduke (Novel)

Reborn as a sister of a villain with no blood or tears in a war-fiction novel. Anyway, that guy, who plays ‘my brother’ role, is a villain who will be sealed by the Main Lead after losing the war. So I just need to pretend to be his little sister until he disappears. No, at least that’s how I think... ‘Something in your right hand, is that the main lead’s head?’ My brother won the war. “What’s with the suitcase?” “Yes?” At the tip of Dietrich’s long finger, there was a package that I had wrapped up as soon as he left for the battlefield. “I asked what it is.” “It’s, It’s a travel bag, brother.” “Travel? Alone?” Dietrich’s dark eyes glistened. The man who had just returned from victory had a strange smell of blood from murder.