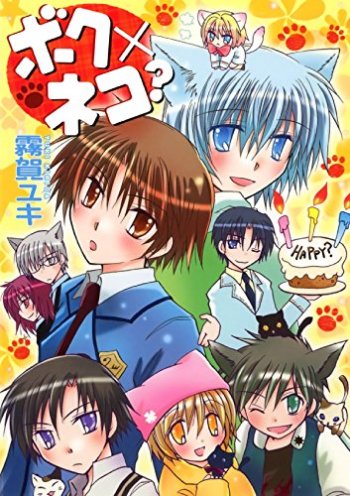 Despite being kissed by Tomoe, Nanami still feels insecure and inadequate. When Tomoe starts sneaking around with a mysterious box and doesn't want to tell her what's in it, she feels as though no one needs her anymore. In the second part of the OVA, Tomoe agrees to take Nanami to hot springs but only for a day. When there she does everything and beyond her power to demonstrate to Tomoe what a capable girl she is.

Nanami the Land God is back with the handsome fox familiar Tomoe at her side! After a rough start as a newly ordained god, she’s finally finding her land legs in the world of gods, demons, and spirits. However, not everything is going magically well. Nanami’s feelings for Tomoe are growing stronger, but Tomoe goes from hot to cold faster than a weather god! And he’s not the only moody demon. The flowers in Kurama’s mountain home are dying, and the person behind the wilting wildlife is none other than his brother Jirou!

The OAD will adapt the "past arc," which spans from mid-volume 14 to volume 17 in the manga.

Da Shu and Miao are back in China from their vacation in Japan, and Da Shu must decide what to do about his growing feelings for Miao. Dong Dong, meanwhile, has moved into the apartment across the hall from them, and has a new love interest of his own... his cat-loving college professor! Can these cat boys navigate the stormy seas of love while making sure to keep their secret - and their ears - hidden from the world?

Look, I Can See Your Ears!

Follow Daisuu, a manga creator who grew up in an orphanage, and whose works do not sell very well. Daisuu lives each lonely day in boredom, but one day he meets a young man named Myou who has cat ears, and his everyday life completely changes. Myou gets in trouble every day, but for the first time in his life, Daisuu's heart experiences "warmth." The story follows their everyday comical life together while slowly unraveling the mystery of Myou.