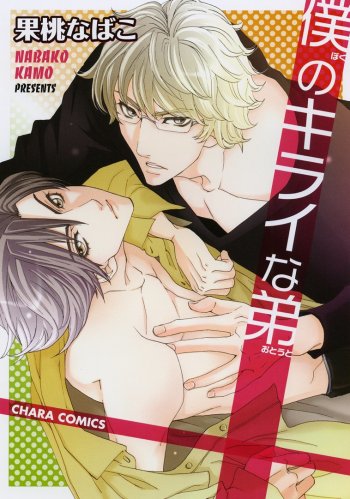 If you're looking for anime similar to Boku no Kirai na Otouto, you might like these titles.

Kazuya is an idol whose life is filled with rehearsals and signing autographs for his loyal fangirls – but he also enjoys playing video games with his friend Akihiko. The duo argues frequently, but when a rich old man named Kudo arranges Kazuya’s kidnapping (in an attempt to force him to sign a contract with a management office), Akihiko puts up a fight to protect him. It turns out that the management office is nothing but a cover for its president’s taste for pretty boys; can Akihiko manage to save his beloved from this evil scheme?