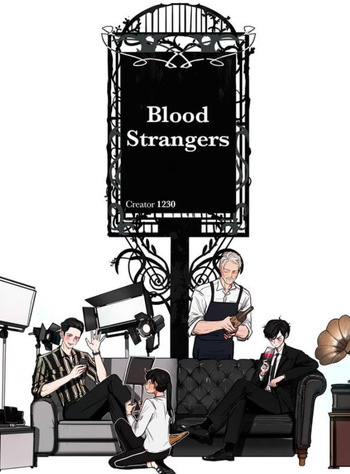 During a long drought, a runaway boy comes across a flying mountain, carried around by a gigantic turtle that only he can see or hear.

A story about me, my life, my family. Life is full of regrets, but what if I try to redo them, would I regret my regrets?

The Tiger, The Sun and The Moon

When a girl of certain heritage gets thrown into her destiny that involves a folktale that turns out to be true, what will she do?

Welcome to Wonderland! Are you ready to devote your life to our company?

After Ah-ram bumps into Myo-dan from Winter Night, he begins to see "animal spirits." Ah-ram then finds himself getting sucked into solving mysterious events with Myo-dan.

It's been written in the laws of the universe that witches are unable to change their fates, and yet always change the fates of others. However, with the help of a mysterious potion and a dating contract, Seo Moran, a descendant of a witch, manages to bewitch two brothers and change her fate.

Instead of borrowing the power of the earring and gaining strong strength, the people of Miao are suppressed by their side effects, the two families Aewol and Fanhwa who survived the crisis of extinction hundreds of years ago, both live quietly in the western part of the continent, serving as a guard for Dang Juhwan. One day, 'Juno' a representative of the God of Yokai, descends to the ground and pronounces a 'trial' on the people of Miao. If they can't solve the mysterious ordeal, the two of them will disappear and the people of Miao will disappear from the earth ..! Can Aewol and Fanhwa overcome this crisis? And why did the ordeal come to Miao?

From Morning to Night

'We'll give you an apple tree in exchange for borrowing your child for 48 days.' A traditional fantasy depicting Manet going on an adventure to search for their missing younger sibling Nox, who disappeared along with the strange letter.