Blood Blockade Battlefront: Back 2 Back - Recommendations

Alt title: Kekkai Sensen: Back 2 Back 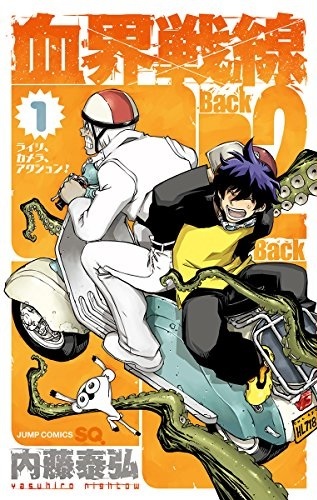 If you're looking for anime similar to Blood Blockade Battlefront: Back 2 Back, you might like these titles.

After the death of his brother Keisei, Ouri vows to take on the task of becoming a Contracted Priest and fight alongside of the Shikabane Hime Makina. But Makina has doubts about Ouri and his skills as a Priest. Grieving the loss of her old Priest, Makina still clings to the memory of Keisei, which could very well lead to her destruction. Will she accept Ouri as her new Priest and allow him to fight at her side, or will Makina let revenge consume her as she hunts for the rogue Corpses that killed Keisei?

Cadis Etrama di Raizel wakes up from 820-years long sleep and starts a new life as a high school student. His peaceful days as a student are soon interrupted as his new human friends are assaulted by mysterious attackers with superhuman abilities.