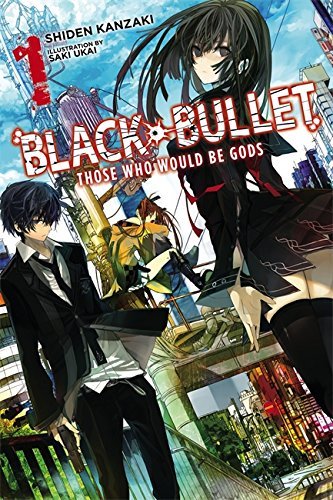 Now first you would ask, why is the overall rated 2.2 while all the other ratings are high up? Well I'll address that in a bit so don't worry. First the story, well the Story was good not the writing. Stuff is everywhere, unorganized not a very good writing (like most of light novels) But story? Good. Building tentions and dramatic scenery to intense action, must say was well done. Art, fantastic. Just beautiful. The art was just fit perfectly into the plot and the situation. Characters I personally just never will forget. Development of the character was done fanominally. Getting too emotionally attached to them... Include great comedy aspect to the novel which lightens up moods in several situation.

Now to the rating thingy. Uhh now hear me out. I read it through volume 7 and now what where is the next? Oh wait Kanzaki Shiden just stopped writing. H H H Hold up you end don't even finish your series and just stop writing? Now one of the greatest story of all time just ends on a blank cliff hanger? What the hell? Are you joking? If i find Kanzaki somewhere in the world, I'll just drag him into a basement and force him to write volume 8. Because if we had, you know VOLUME 8 We would probably had enough content for second season too. Sad this autists wanted to stop writing because he wasn't "good enough" and throw away all your responsibility as a writer, nice job.

The LN is great, the author is a dick head, so turned the LN into shit.