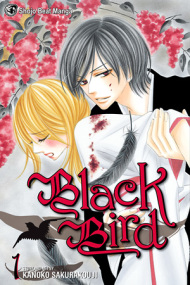 Misao Harada has always been able to see strange creatures that are invisible to everyone else. Living as a regular high school girl, the teen wants a boyfriend more than anything, so when her first love, Kyou, moves back into the house next door it seems her wish will come true. However, Kyou is in fact a Tengu who has returned to fulfil their childhood promise and by taking Misao as his bride his tribe will gain tremendous prosperity. With other demons out for her blood, Kyou offers her protection if she will consent to marry him, but distraught by his revelation, Misao turns him down. In Kyou’s relentless pursuit to protect Misao and win her over he has begun working as her new homeroom teacher in order to best protect her. Now with demons attacking her at every turn, and a fox spirit named Shuuhei also vying for her hand in marriage, can Misao really resist Kyou’s charms forever, but does the handsome tengu really love her or is he simply after the benefits their union would bring? 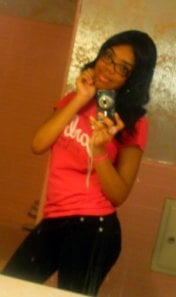 so ths is one of your typical shojuo manga's its about a girl named misao who could see demons since she was little and a boy named kyo who turns out to be one of those demons promises  to protect her, then he disappers for awhile and shows back up on her 16th birthday claiming the only way he can protect her is for her to become his fiance.. IMO if your a fangirl and go fangirl crazy when there are hot guys who say really romantic things to thier girlfriends and are kinda pervy, you'll love this manga.. as for character development its really slow misao starts showing sighns of maturity in about the 4th volume but still has the i need to know everything attitude this is a great manga and right now its still ongoing I HIGHLY RECOMMEND 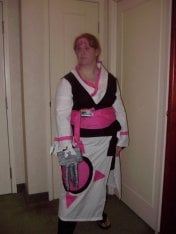 This series was not what I was expecting.  Based on the cover art, I thought there would be a simpering heroine who is the victim of countless demons, naturally there would be some overwraught love story in there... really didn't seem like it would be my kind of thing, but a friend loaned me the fifteen volumes that are currently out and so I figured I might as well give them a read. I am now counting down the days till volume 16. One of the things that surprised me about Black Bird and kept me reading was the heroine, Misao.  She's fairly typical overall - high school student with a dark secret that sets her apart, falls in love with the baddie who is, of course, her dream guy from what remains of her childhood memories.  But when he makes overt advances on her, she doesn't just get embarrassed or cry while she lets him carry on.  She smacks the crap out of him.  And not just him, but anyone who makes an unwelcome gesture.  It was nice to see the shojo heroine actually stand up for herself and not take crap from the male characters even when she KNOWS they are significantly more powerful than she is and could easily overcome her. Another thing that surprised me was the humor.  I expected the series to be dark, I expected it to be mushy, but I did not expect it to be hilarious!  There are plenty of laugh-out-loud moments, my favorite being a single panel showing the reaction of some of the Daitengu when Misao suggests that they can castrate one of the evil characters instead of killing him.  There is a lot of sexual humor as well, so if that's something that might offend you, this series may not be for you. And on that topic... I was also surprised at how sexual this series is.  From the go, there is a lot of groping, and as the relationship develops, the characters go further physically.  It's done tastefully but it's plentiful, making this a read that ought to rate for older teens or adults.  As an older reader, it was refreshing to see the relationship actually 'go there' and not just stay stuck in the innocent stage forever. Downsides: Although Misao's take-no-crap attitude was something that appealed to me, she is otherwise like so many shojo female leads: falls for the guy who is a possessive jerk to her, crying waaaaaay too much, and of course everyone wants her, albeit generally for different reasons than most shojo.  Kyo constantly messes with her emotionally and she lets him, hanging onto him.  At volume fifteen, I am still not convinced that he's really that in love with her.  He constantly seems to have an ulterior motive for everything he does, which is sort of appealing because he is a demon, and it's nice to see it brought to light occasionally that these characters are demons, not a set of human bishies with human morals and standards. (Though they are definitely bishies... all so pretty...) Also, not to ruin the series for everyone, but I read a review on another site that compared Misao and Kyo's relationship to Twilight... tragic but true.  And now, sadly, I can't stop seeing the similarities as I read.  A minor annoyance with this series is the way that Kyo always somehow magically knows what everyone is up to.  When his Daitengu seem to betray him, no matter how weird the twist is, he somehow knows that they are only doing X so that Y will happen, or he just knows when Misao is thinking of Sho.  I have yet to see any references indicating that telepathy and premonitions are part of a tengu's powers, so I remain unimpressed by these moments. Despite my griping, I am really enjoying this series and can't wait to see how it ends.  The art is very nice, and the notes from the author are entertaining.  There are usually shorter clips in the back that are either humorous, or fill in a side story.  Very much worth the read!