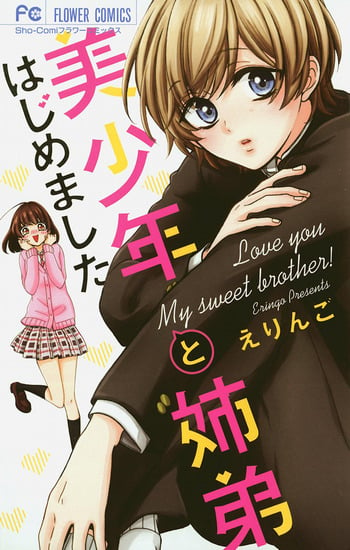 Kaoru was helping at the school festival staff, while working she remembered... there's a guy with the same last name as her?!

What the poor Sana is aiming for is the boy who has a mysterious mole on his lip: Aki. You won't be troubled over eating with a mole on your lip, so if she gets Aki, she won't be troubled over money... or so she thinks, but Aki is also poor?! With their Culture Festival's Best Couple Contest prize as "A year's worth of free school lunches", what willl happen when the two join forces?!

A half-hearted love affair, a worthless friendship. The four people who are bored everyday, encounter an old granny at the convenience store. "Do you want to work at my house? I'll pay each of you 200,000 yen." How can such a good deal exist in this world??

All the guys think Fuyu Yamashita is the stupidest girl in school and dare the guy who does the worst on the next test to go out with her. That guy turns out to be Minato Sakurai, the scariest guy in school. Poor Fuyu?

One day, Ai had a dream of kissing her classmate, Mitani. But isn’t Mitani a guy who’s famous for being anti-social and scary?!

Madoka, one of the most beautiful and popular girls in school, has zero interest in boys or romance. That is, until she meets Bansaku. He seems like a very average boy, unless one looks very closely... and Madoka does. She becomes so hypnotized by the little things about him that she loses her good senses, and when she regains them, she finds herself touching poor Bansaku, who has no idea what she's playing it! Madoka has spent her life dodging the unwelcome advances of desperate male love machines... Does Bansaku feel the same sort of disgust for Madoka's long-repressed, electrically-charged lust?

Kouga-kun is always looking at me, I think he likes me… Full of self confidence Keiko confesses her feelings to him. And as a result she had misunderstood and had a honorable defeat! After finding out that Kouga has someone else that he likes, she begins to give her support for him, but somehow her heart is full of pain. And then, Kouga can’t let that Keiko alone. The love of these two are full of misunderstandings, what will happen between these two!?

Hana started going out with Tokumoto-kun, who's popular with both the class and the girls. She's being played around with by the guy's pace. Hana falls in love more and more with his kindness and his sense of humor. But, then she finds out about his ex-girlfriend, who is a teacher!

Summer camping trips are supposed to be filled with joy and laughter, but why is Kiriko so unlucky~~? At first it was that weakling four eyes, Kazuo and cutesy Hana-chan destroying the pork soup, but then they never came back after asking them to go pick up some wild herbs! Oh, fine! So she and Satoru went up the mountains to get them, but who knew they’d get lost too?!