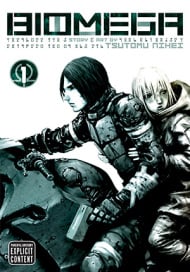 In the future, the N5S infection is slowly spreading throughout the world, turning everyone it contacts into a zombie-like "Drone".  Zouichi Kanoe and his motorcycle AI companion Fuyu Kanoe are sent out by Toha Heavy Industries in order to find humans resistant to infection and save humanity. Competing bio-enhanced agents from the Data Recovery Foundation have different goals, however: how to best extort the situation for their own profit… 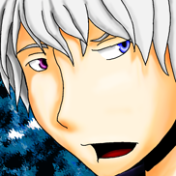 Though the art is sketchy and sometimes had to make out it is still fairly well done overall, though I cannot say the same thing about the story or the characters.  The plot jumps around without rhyme or reason in many locations and it is easy to lose track of the different characters, what they are doing, and where they disappear to in the story.  This series makes an OK filler if you have nothing else to read, but can easily be passed up if you're backlogged.