Bijo to Kenja to Majin no Ken - Reviews 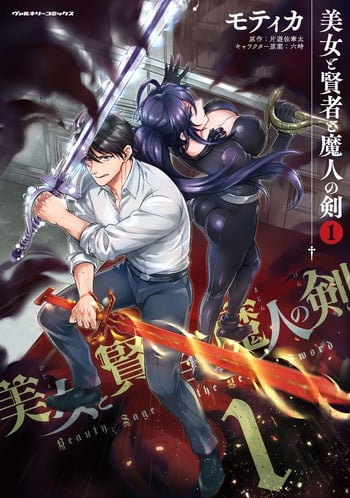 What sets this manga apart from other isekai stories is that there are two powerful boob-swords capable of easily defeating demons. Other than that, it feels pretty generic and uninspired.

Chapters 1-7 were an introduction to the world and feel pretty unrelated to what follows. The manga seems to be turning into a dungeon-crawling manga with an emphasis on party tactics (e.g. tanks and rearguards) as well as the formation of a harem. The current party members are Grace, Silvia, and Clive. The two female members both seem to have a thing for the main character. As for the main character, fe was granted a special ability by the god Clancy to be able to see status screens for people and items. But fe also has an overpowered and unexplained growth rate when it comes to learning magic. I don't really care for how easy it is for fem to learn things. I also don't really care for the badly-drawn and shallow ecchiness.