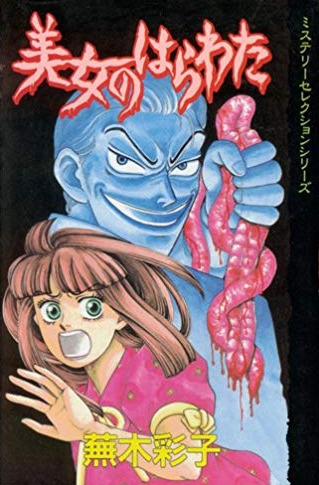 In Japan, groups of people who have no connection to each other begun to die simultaneously; the cause of death is unknown. For Akira Sasaki, a hotshot doctor, this terrifying scenario becomes a reality when he, a patient named Kana and a mysterious person named Tanaka are suddenly whisked away to a dungeon of horrors where they'll be picked off one by one. What's really going on in this place, and can anyone make it out alive?

Where there’s life, there’s terror. A young lady is dubbed ‘Rat Girl’ by her peers and soon undertakes a startling transformation; a creepy man becomes the teacher at school with dangerous consequences; a boy who learns too much soon finds his body changing to follow suit; and a woman is troubled by the fact that her face keeps falling off. These people and more will experience the depths of horror and fright.

A story about a village which has a twisted festival - they race bloated corpses (called water goddess) down the stream. And one day, a woman finds out she is to be the water goddess...

There is a metropolitan legend which is about a girl assaulted and cut in pieces by mysterious assassins in a building now abandoned. The legend continues with telling that a finger of that girl has never been found, and whoever will find it can ask for a wish, which will be granted. A group of guys, for fun, choose to try going at that place and look for the finger, but one of them disappears. Seven years passed since that tragic event, and the guys finally decide to look for their friend...

Minita Kokage, a man who was bullied in his past due to his unfortunate name, encounters something unbelievable while working his part-time job, causing his daily life to suddenly change.