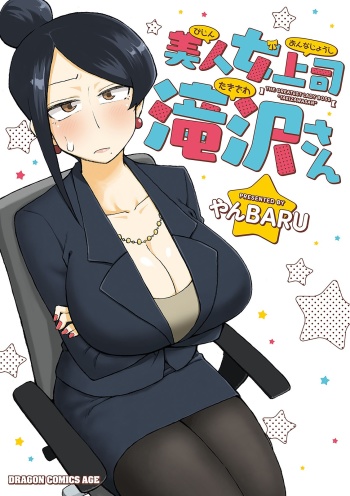 This 4-koma is quite refreshing, it's a very good romcom. The plot and the progression is quite original too. Let me explain : you have MC that starts to work as a newbie in the company and his boss that is, obviously, older in the comapany. The story progresses quickly in time, in 15 chapters, 1 year will be spent. The manga uses this point to show us the little differences in MCs's relationship each years. The differences are tiny but you are happy to see them + even if it's tiny, it's a 4-koma so 15 chapters are fast to read compared to a normal manga.

The story is quite simple, it's a 4-koma, not a depth drama. You will have some daily things that MC and the boss do. Eating together, valentine's day, christmas, working etc... It could seems repetitive but as I say, each time, there will be a tiny difference in their relationship so it's not repetitive.

The characters are quite good, if not really good for a 4-koma. Of course MC and the boss are quite tense but not that much considering it's a 4-koma, it's not that annoying because everything is fast for us, readers. MC is kind and he thinks about everything, he's not a pervert that will be considered like one by the boss. That's a VERY good point because the author could have fallen into this sh*t to easily create more "stories". The cliche of the "ecchi" scenes for fanservice or the cliche where 95% of the stories are made around the breasts of the boss, that kind of sh*t. So even if MC does not seem to shine by his originality, he's better and more original than 85% of MC in romcom...

The boss is really good too. She's really kind and thoughtful. Once again, it's not the cliche of the big breasted boss with ecchi fanservice scenes who will scold MC for his perversion. She's smart and knows that her breasts create fantasm for a bunch of men but she knows that MC is not a perverted freak that is with her only for her breasts. She can be quite cute at some moments obviously.

Secondary characters make some appears there and there. Some are useful like the funny perverted fat boss who give precious advices, the MC's big sis who gives advices too. Others are not that useful but they are focused on a comedy point like MC's little sis, the perverted colleague etc... They will obviously not be appearing every chapters but it's a good change of "pace" when they come and sometimes they are funny. The author masters the balance where he needs to put some secondary characters in the story or not. You will not have them to focus the attention. I'd say it's 80% based on MC and the boss and the 20% remaining is for secondary characters.

Art is decent, you can see that the author knows how to draw the characters, it's just decent because the drawing are fast. It prioritises the quantity over the quality in this aspect. Of course it's a 4-koma so the choice is understandable.

Overall, it's a very good read, pleasant and light hearted which will please romcom fans. The more you read it, the more the chapters become interesting, I definitely recommend to give it a try for at least 20 chapters to know if it's your thing or not.

Love the story can wait the next chapter of volume 3